Zoltán Kocsis has left a huge void, but also a task we must carry on 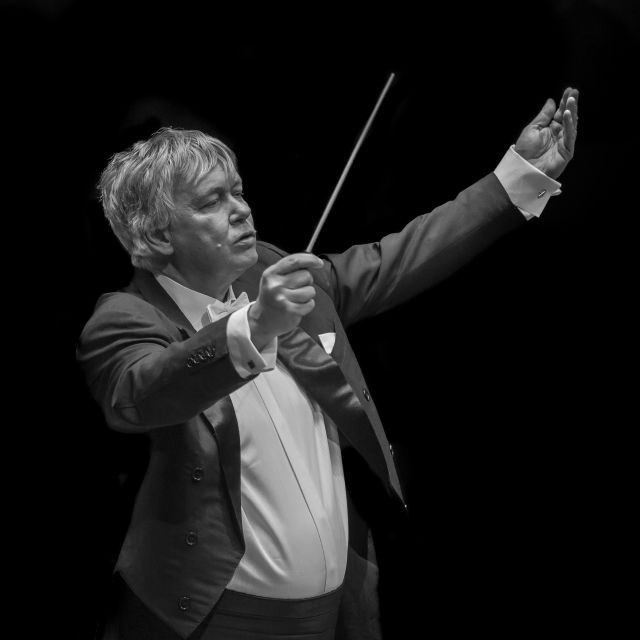 “We have received the news of the passing of Zoltán Kocsis with deep grief. We were undaunted in our hope of his eventual recovery, for we knew he had many unrealised plans, and it was this work and planned performances that kept him alive. His death is not only the loss a world famous conductor and a prominent figure of the world of music, but also that of a great friend and a fellow artist with whom we shared countless memories and unforgettable concerts. It is going to be immensely tough to go on without him, but it is our responsibility to carry his legacy forward”, Müpa Budapest CEO Csaba Káel said about the 6 November death of Zoltán Kocsis.

Just one month ago, on 7 October 2016, Zoltán Kocsis and Csaba Káel stood on stage of Müpa Budapest together receiving the thunderous applause for the performance of Bartók’s opera Bluebeard's Castle. This performance, together with The Miraculous Mandarin choreographed by Balázs Vincze, was invited to this year’s China Shanghai International Arts Festival, but sadly, Mr. Kocsis was no longer able to conduct the Hungarian National Philharmonic Orchestra at the event.
At home in Müpa Budapest, the Hungarian National Philharmonic Orchestra and Choir has played a pivotal role in putting this establishment on the international map of arts. This close relationship and co-operation is the reason the untimely passing of Zoltán Kocsis is an irreparable loss for Müpa Budapest as well as the Orchestra and Choir.

This loss will be especially bitter at the time of the charity concerts held annually on 30 May, his birthday, organised for the benefit of the International Children's Safety Service. Mr. Kocsis was a unique interpreter of the oeuvre of Béla Bartók, as witnessed by audiences at the season-starting concerts of the Hungarian National Philharmonic Orchestra commemorating the composer’s death or at the traditional tribute concerts held on the artist’s birthday.

Zoltán Kocsis received numerous highly prestigious awards for his unique interpretations of Bartók’s pieces and recordings of the composer’s orchestral works. However, his contribution to the world of music goes way beyond Béla Bartók: his outstandingly rich oeuvre includes pieces by contemporary composers as well as less popular pieces of famous composers. Arnold Schönberg’s opera Moses und Aron, for example, complete with Act III composed by Zoltán Kocsis, was performed at Müpa Budapest on 16 January 2010. Müpa Budapest was also the venue of a series of lesser performed operas played by the Hungarian National Philharmonic Orchestra, the highlight of which was the Richard Strauss series, a joint production by the orchestra and Müpa Budapest. The Christmas performances of The Nut Cracker, the Szokolay tribute concert, the Bartók evenings of the CAFe Budapest Contemporary Arts Festival – all conducted by Mr. Kocsis, have been integral parts of the history of Müpa Budapest and the Béla Bartók National Concert Hall.

“Zoltán Kocsis used his unique gift and authority to promote Hungarian musical culture abroad, and to prove that classical music, maybe the most timeless form of European culture, is a living form of art which is still changing and has remained fresh and valid to this day, conveying topical messages. This is the legacy Zoltán Kocsis has left to us, and it is our responsibility and moral obligation to carry it forward”, Csaba Káel added.
Müpa Budapest has lost one of its own in Zoltán Kocsis.

The January-February issue of Müpa Magazine will feature a commemorative article on Mr. Kocsis.

Müpa Budapest has put together a special compilation of the recordings of Mr. Kocsis, which is also available on Müpa Budapest’s social media sites.

Müpa Symphony will be remembering Zoltán Kocsis all throughout November.