In the summer of 2013, two stars of the opera world, Anna Netrebko and Dmitri Hvorostovsky, sang a selection of arias and duets before an audience of 7,500 on Moscow's Red Square. Born in 1962, the athletic baritone star's favoured outfit is a pair of jeans and a T-shirt, and even on stage he is a great believer in the unaffected approach. Recognisable for both his velvety voice and characteristic shock of silver hair, Hvorostovsky once featured among People magazine's 50 most beautiful pe...ople. He gained international fame in 1989 when he won the BBC Cardiff Singer of the World competition, triumphing over Bryn Terfel, and today is sought after for leading roles in Russian opera the world over. The New York Times has described him as born to play the title role in Tchaikovsky's Eugene Onegin, but he has also achieved spectacular success in the part of the elder Germont in Verdi's La Traviata.
A regular guest performer at the New York Metropolitan, Berlin State Opera, London's Covent Garden, Vienna State Opera and La Scala in Milan, Hvorostovsky will sing at the Béla Bartók National Concert Hall from a repertoire for which one could scarcely find a better performer. He will be accompanied by an orchestra which, though founded in 1936, was only able to acquire an international reputation after 1991 for obvious political reasons. The Yekaterinburg-based Ural Philharmonic Orchestra has performed - and continues to perform - with the leading Russian artists, giving some 100 concerts annually. The list of its collaborators over the years includes greats such as Emil Gilels, Boris Berezovsky, Denis Matsuev, Gidon Kremer, Mstislav Rostropovich, Natalia Gutman and Valery Gergiev. Dmitry Liss, the conductor for this concert who has led the ensemble for more than two decades, is a living repository of the great Russian conducting tradition. 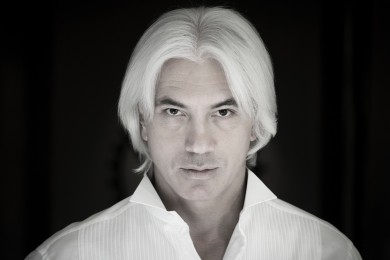 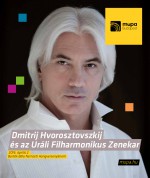