The Palace of Arts and the CAFe Budapest Contemporary Arts Festival have already played host to a number of exciting productions in which the sound of the organ has been paired with other branches of the arts. The organ has complemented silent film and dance, and has been heard playing or accompanying jazz and contemporary music. On this occasion, the instrument will appear in a truly experimental guise.
The title is a reference to Nikita Mikhalkov's famous film Unfinished Piece for the Pl...ayer Piano, which features just such a mechanical instrument. But how can we play the organ without keyboards? The answer to this question is sought by a creative group of musicians, programmers and visual artists comprising Bálint Bolcsó, László Fassang, Ágoston Nagy, Ernő Zoltán Rubik, Bence Samu and Dániel Váczi. The audience will be introduced to the possibilities of the computer-controlled organ through works by the great masters and one piece each by the members of the creative team. Sounds created by processing mathematical calculations, visual signals and hand gestures will provide an unforgettable experience for both the ears and the eyes, as the musical structures will be projected on a screen as the sound is heard.
Pieces by Haydn and Mozart written for musical clock - a type of mechanical pipe organ - will be heard in turn in a performance by László Fassang and a computer-controlled organ. Can a score be played more accurately by a human or by a computer? What are the limits of human performance potential? Can a machine replace a person? Or is it merely a tool in the service of human genius?
This and similar questions will arise in the course of this evening's concert.
Helping us find our way through all this will be the well-known sports reporter Dávid Szántó, who will guide us through the exciting, amazing and - last but not least - humorous possibilities concealed in the mechanical organ. Moreover, the host for the evening will also supply creative ideas to augment the repository of sounds emerging from the marriage of organ and computer. At the end of one rehearsal, Szántó asked: "So if I take a selfie of myself on stage, will the organ be able to play the image?” Those who come to the concert will find out. 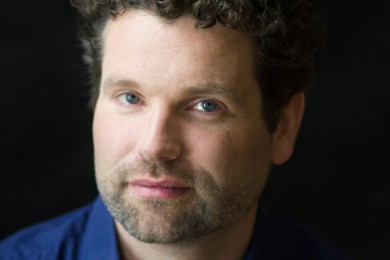