In the days leading up to Christmas, we tend to particularly enjoy performance set-ups and genres that we associate with the festive season. Each year, the cantatas of the season and - of course - oratorical works that proclaim the joy of the Saviour's birth come to the fore, though organ music and choir compositions are similarly popular. During this concert, the audience will be able to enjoy a wide-ranging selection from the repertoires of the latter two genres.

The organist Gyula Szilágyi has had an incredibly rich and varied career. He first earned a degree in mechanical engineering, before becoming involved in music and studying his instrument's craft at the College of Music in Debrecen and then in Amsterdam. He lived in the Netherlands for 14 years, then later gained experience in Portugal and Spain. Next, he became a teacher in the Faculty of Music of the University of Debrecen, while he now also works as an organ restorer. The Tenebrae Choir was f...ounded and is conducted by Nigel Short, a former member of the world-famous King's Singers sextet. The 16-member ensemble employs both male and female singers. Since 2001, they have been performing early music and pieces from the 20th and 21st century: their diverse and colourful repertoire ranges from the 16th century to the modern day. On their website, you will find the words 'passion and precision', and the combination of these two concepts expresses their most important artistic goals. A Times critic, praising Tenebrae's crystal clear sound and the immaculate intonation of the singers, has called Nigel Short's choir 'unbeatable'. 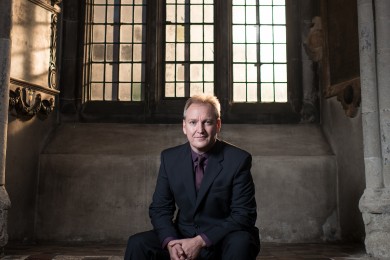