The repertoire of advent and Christmas songs is incredibly rich and diverse. As the sub-heading of this concert suggests, people have written such works in every part of the globe. One of their defining characteristics is that they contain parts of folk music or even actual folk song, as well as art music creations, modern compositions and archaic, choral melodies. It is only natural that the clear timbre of a boys' choir will be accompanied by the similarly crystalline, metallic tone of brass. The two sounds complement each other perfectly.

The Hannover Boys' Choir (Knabenchor Hannover) was formed in 1950, exactly 70 years ago. Its founder, Heinz Hennig, led the ensemble for half a century, until 2001. Jörg Breiding took over its direction in 2002, and still leads the choir today. The ensemble soon became a committed exponent of historically informed performance, establishing an international reputation in the field far beyond Germany. They have collaborated with the most prominent conductors in the genre, from Gustav Leonhardt and... Ton Koopmanon to Jordi Savall, Philippe Herrewege and John Eliot Gardiner. In addition to performing masterpieces from Baroque and classical music, and works such as Orff's Carmina Burana and Schönberg's Gurreliedere, they have also interpreted the symphonies of Mahler. London Brass was founded in the English capital in 1986. The ten-member ensemble features four trumpet players, one horn player, four trombonists and a tubist. They are renowned for their musicality and the flawless implementation of their interpretations, as well as for the richness of their repertoire and their overwhelming zest for musical performance. London Brass is the ensemble-in-residence of the Royal College of Music in London.

We regret to inform our esteemed audience that the concert has been cancelled.

Valid tickets can be redeemed using the online interface previously set up for this purpose until 15 January. 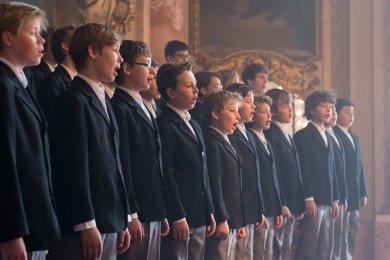 Valid tickets can be redeemed using the online interface previously set up for this purpose until 15 January.