One aspect of the concept for the Early Music Festival that its concerts should feature not only early music specialists playing instruments of the era, but also performances from open-minded contemporary musicians. These musicians take on a significant commitment to discover the secrets of early music works and apply them to the repertoires of Baroque and the First Viennese School eras. Which is what we will witness in this concert featuring a world class cellist: István Várdai, Müpa's Artist of the Season. He will perform alongside a 40-year-old ensemble that specialises in historically informed performance, while the guest soloist is a young soprano who found great success in the Virtuózok (Virtuosos) TV talent contest.

In recent years, there have been very few Hungarian and international musical artists who have achieved a level of success comparable to that of István Várdai. Conversely, there are also very few musical careers that have involved a comparable degree of hard work, persistence and dedication. Even as a child, the Pécs-born cellist displayed an incredible talent. He never considered renouncing his studies, however - quite the opposite. After graduating from the Liszt Academy in Budapest (where he ...was a student of László Mező in 2009), Mr Várdai went to Vienna and then later 'the Mecca for cellists', the Kronberg Academy in Germany. He took on one major international competition after another: Moscow, Geneva, Munich, and was a success everywhere he went. Mr Várdai, who has go on to become the most sought-after cellist in the world, became a teacher at the Vienna Music Academy in autumn 2018. Since the 1980s, Capella Savaria, long been led by Zsolt Kalló, has been one of the most important historical early music ensembles in Hungary. Réka Kristóf is a young soprano whose overwhelming victory in the Virtuózok (Virtuosos) TV talent contest brought her to national prominence. 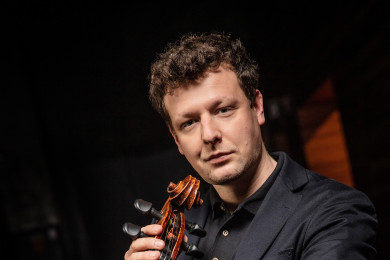