In spite of the fact that the current extraordinary situation prevents us all from meeting at Müpa Budapest in person, we would still like to make the coming days nicer and more uplifting. This is why we are going to transmit our live performance, without an audience, on our website.

How many different notes can be played on a cello? With most people, the answer to this questions usual starts with a comparison to the human voice, as the instrument's tone, even inadvertently, tends to evoke the pleasant sound of a baritone speaking. And then of course there is the matter of the different styles: Classical, Romanticism and works from the 20th century. This concert offer...s a taste of all of this - and of course a chance to bear witness to two outstanding young musicians as they collaborate in the spirit of chamber music. It is exciting to observe the different personalities one often encounters on stage when what is being is played is a sonata, a trio or a quartet! Müpa Budapest has long intentionally endeavoured to present Hungarian performers playing alongside the most varied possible musical partners. István Várdai, Müpa Budapest's Artist of the Season, a world-famous cellist who plays on a Stradivarius, will be partnering with Víkingur Ólafsson, his contemporary from the north. One year older than Várdai, the pianist the New York Times dubbed 'Iceland's Glenn Gould' is no stranger to his Hungarian colleague: they have performed together abroad (their Wigmore Hall concert earned rave reviews), and Várdai and Kristóf Baráti also invited Ólafsson to perform with them at Kaposfest, feeling that his personality made an interesting contrast with Várdai's. The Icelandic pianist, who is an exclusive artist of the record company Deutsche Grammophon, received the prestigious Opus Klassik Award in October this year for his album featuring the music of Rameau and Debussy. Their programme consists of Beethoven's often-played Cello Sonata No. 3 in A major, from the composer's middle period, the massive Brahms Cello Sonata No. 1 in E minor, as well as music that is rich in colours and atmosphere by Debussy and Janáček.

You can enjoy the performance online for free. If you own a ticket you can claim refunds for it by clicking here, and for tickets that are part of season tickets on this page. 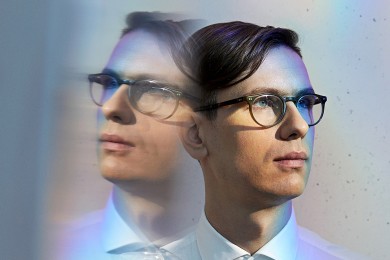 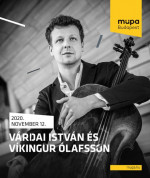