Chosen by Müpa as its Artist of the Season in 2016/17, Kristóf Baráti gives a joint concert with the Belgrade Philharmonic, Serbia's premier symphony orchestra. Founded in 1923 and reconvened in 2000 after the Balkan wars, it appears here with in-demand French conductor Fabrice Bollon, who is primarily known for working with German orchestras. Opening the programme is an exotically coloured orchestral work by Croatian Serb composer Marko Tajčević, who was born in 1900 and died in 1984, and... enjoyed great professional acclaim in the former Yugoslavia.
Leaving his wunderkind years behind him, Baráti won places on the podium at a number of international competitions, prominent among them the third place he achieved at the 1997 Queen Elisabeth Competition, where he was the youngest finalist. After coming under the wing of his mentor Eduard Wulfson, a champion of the legacy of Milstein, Menuhin and Szeryng, Baráti once more pitted his skills against his contemporaries, winning first prize in the 2010 Paganini Competition in Moscow, known as the Oscars for violinists. The Kossuth Prize-winning Hungarian violinist, who plays on a 1703 Stradivarius, demonstrated his exceptional abilities, virtuosity, profound musicality and daring, adventurous personality by recording all of Bach's works for solo violin, Beethoven's complete sonatas for violin and piano, and two of Paganini's violin concertos. He performs one of the latter at this concert, as well as a bravura piece by Ravel dedicated to Bartók's highly influential chamber partner Jelly d'Arányi. Like the approximately contemporaneous Firebird Suite, this is a deserving favourite in concert halls. 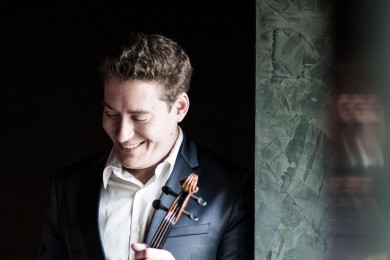 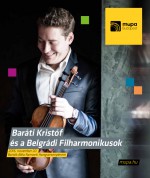