One of the most exciting conductors of our time, who - in spite of his Italian name - was born in the English county of Essex and grew up from the age of 13 in the US state of Connecticut. Today he is just as much at home with the operatic repertoire as he is with the symphonic one. Italy's most important symphony orchestra and an amazingly talented Canadian-born Polish pianist, who at a mere 25 years of age has already been astounding audiences at his concerts for 16 years, not to mention recording albums for the past decade.

Sir Antonio Pappano was born in 1959. Along with conducting, he also studied music composition, and he is a marvellous pianist - a skill he put to good use while working as a young répétiteur for the New York City Opera. He has performed in such opera houses as Barcelona's Liceu, Oper Frankfurt and the Lyric Opera of Chicago, in addition to serving as Daniel Barenboim's assistant at the Bayreuth Festival. A former music director of the La Monnaie in Brussels, the most important chapter in his li...fe, however, is very likely his work at the helm of London's Covent Garden. Since 2005, he has headed the Orchestra dell'Accademia Nazionale di Santa Cecilia - following in the footsteps of such predecessors as Franco Ferrara, Igor Markevitch, Giuseppe Sinopoli, Daniele Gatti and Myung-Whun Chung. Jan Lisiecki, whose recent triumphs include a sensational recording of all of Beethoven's piano concertos, enjoys a close acquaintance with the piano concerto by Mendelssohn that he will play between Beethoven's overture and Mozart's Jupiter Symphony, as he released a highly successful album of the German Romantic's concertos and other piano pieces in February of last year. He and Antonio Pappano are partners of long standing: together they have also crafted a CD of every piano work that Schumann wrote for orchestral accompaniment.

We regret to inform you that the concert has been postponed. 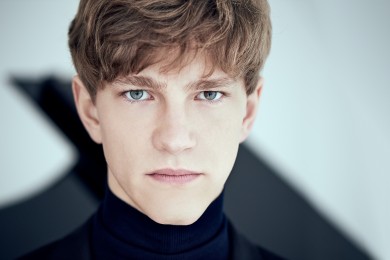 The performance has been cancelled.
We regret to inform you that the concert has been postponed.