A sound closer to heaven, it is customary to say of countertenors; and yet one of the most famous exponents of our time, Philippe Jaroussky, much prefers wicked figures that require diabolical virtuosity to angelic roles. Although at this concert he will still be only in the first week of his 40th year, he has already spent a decade at the forefront of his profession - and it is astonishing how much he has sung already. Besides a dozen solo albums, he has collaborated on five opera recordi...ngs and nine albums of arias, almost every recording winning prizes and, on more than one occasion, immediately topping the sales charts. His repertoire is extraordinarily broad, though Baroque music plays the starring role. As one of the central figures on the early music scene today, he has worked with the most distinguished performing ensembles, among them the Concerto Köln, Les Arts Florissants, Le Concert d'Astrée, L'Arpeggiata and Europa Galante, accepting invitations from noted conductors specialising in early music such as Jean-Christophe Spinosi, William Christie, René Jacobs, Christina Pluhar, Emmanuelle Haïm and Fabio Biondi.
Almost no review neglects to mention Jaroussky's velvet-smooth voice, the perfection of his performing style, his authenticity and sincerity. Every performance of the French countertenor is a celebration, and we can be sure that this evening will be no different. At the Béla Bartók National Concert Hall, he sings works by a composer who, as the greatest of his age, wrote arias of brilliant elasticity or heart-wrenching sadness for the greatest singers of his day. Although the full story will not appear on stage, a portrait of a fantastic artist will take shape through this extraordinary selection of arias. 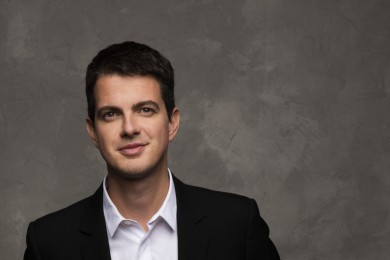 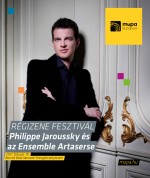