On the Thursday before Easter, a Stabat Mater from a composer with one of strangest careers in music history will be performed at the Béla Bartók National Concert Hall. The hymn for the Virgin Mary at the base of the cross, written by a 13th-century Franciscan monk, was set to music by a number of composers before Rossini, with perhaps the work of Pergolesi the most famous. However, the story of Rossini's Stabat Mater could fill the pages of a novel.
The composer wrote his last opera aged ...37, after which he only composed now and again, preferring instead to cook and socialise. In 1831, he was travelling in Spain with a banker friend who was also owner of one of the most famous chateaux of the Bordeaux wine region, when he received a request to write a Stabat Mater from a state counsellor. He completed six movements but fell ill, so he asked a friend to complete the work, handing over the manuscript to the client as his own. When the state counsellor died, his heirs sold the rights to a French publisher. However, Rossini did not consent to the Paris première on the grounds that the work was not fully his own. The publisher went ahead with the performance regardless, but only the movements by Rossini himself were played. In the meantime, the composer had sold the rights to another publisher. Legal action followed, from which the second publisher emerged victorious. Rossini then wrote the missing movements - by now ten years after the original commission - with two brothers buying the performance rights for 8,000 francs. They in turn sold them on for 20,000 francs to the Russian Theatre in Paris, where the version of the work we know today was played for the first time.
We can now enjoy this special work as interpreted by outstanding soloists, under the baton of an Italian conductor who was discovered by Zubin Mehta and who currently holds the post of music director of the Teatr Wielki in Warsaw. 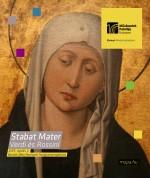