It is an exciting thing when a single concert offers a chance to look at both the start and the end of an artist's career. This performance does just that with the output of the greatest composer of symphonies of the 20th century, not to mention doing so by surveying his initial youthful steps from the perspective of the final ones taken at the conclusion of his life. The programme features two symphonies: the completed first one and the surviving fragment of the final one. Mahler has become a symbol of Vienna (much like his great predecessors, who also gravitated to the city from elsewhere, as he did), and playing his works on this occasion will be another one of its symbols: the celebrated and storied Vienna Philharmonic.

Founded in 1842, the ensemble is the orchestra of tradition and self-awareness. The former feature requires little explanation: their style and sound make them the trustees of the inimitable ideal of 'Viennese-ness'. Their New Year's concerts are broadcast across five continents, and they have played under the batons of such conductors as Brahms, Richard Strauss and Mahler himself, followed later on by Wilhem Furtwängler, Bruno Walter, Herbert von Karajan, Karl Böhm, Leonard Bernstein and, more ...recently, the likes of Christian Thielemann and Andris Nelsons. As for self-awareness: they do not elect a chief music director, but instead are independent musicians who decide on their own affairs under a system of self-government. Taking the podium for this concert will be Daniel Harding. A former assistant to both Simon Rattle and Claudio Abbado, the English conductor and current steward of the Swedish Radio Symphony Orchestra has already appeared at Müpa Budapest several times, always to great acclaim, performing works by Beethoven, Schubert, Brahms and Mahler. In the oeuvre of the latter, the First Symphony and 'Wunderhorn Romanticism' are life-affirming representations of innocence and aching purity, while the ethereal and transfigured sound of the unfinished Tenth Symphony presages the modernism of the 20th century. 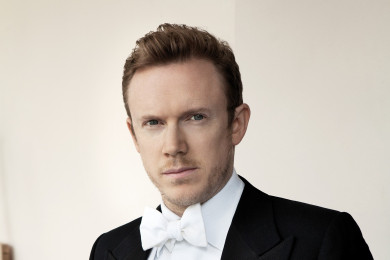