In the Ring, an allegory for the history of modern man, the curse of the all-powerful gold destroys an old, orderly world. Wagner sees the pledge of hope placed in a new and just future beyond wars and destruction through Siegfried, the hero without fear, as well as through Brünnhilde, who embodies the power of love as a counterpoint to a society steeped in egotism. Only the downfall of the lovers, however, can create a new reality out of this unhinged world.
Walter Fink is a member of the... Wiener Staatsoper and has been the bearer of the prestigious title of Kammersänger since 2001. The unique richness of his career spanning more than three decades is shown by the fact that he has played some 70 roles at the renowned opera house, including taking the stage in numerous Wagnerian operas.
British tenor Christopher Ventris has centred his international career on the oeuvre of Wagner, making his Bayreuth début in a Parsifal that Opernwelt selected as the "production of the year”. This success was followed by others in Lohengrin, Tannhäuser and Der fliegende Holländer. He is making his first appearance at the Budapest Wagner Days as Siegmund in Die Walküre.
Born 30 years ago in Northern Germany, bass Sebastian Pilgrim won the Wolfgang Wagner Award with his portrayals of Daland and Hagen at the 2012 International Competition for Wagner Voices. In addition to singing opera and oratorios, the German bass is also a composer and conductor, practices kinesiology and enjoys making chocolate.
Anja Kampe has been a recurring guest at the Bayreuth Festival since 2002, taking the stage in recent years as Sieglinde in Die Walküre, both on the Green Hill and other major stages. This role made her one of the leading lights of international opera life, and she later performed it alongside Plácido Domingo at the Washington National Opera. Since then, she has appeared at nearly every major opera house around the globe, in productions conducted by world-famous conductors.
Iréne Theorin made her début as Brünnhilde in Copenhagen, and has performed the role for audiences in Cologne, London, Beijing, Berlin, Dresden, as well as the Budapest Wagner Days. The Swedish soprano made her first appearance outside of Europe in 2009 in the Metropolitan Opera's productions of Die Walküre and Siegfried, and at the Washington National Opera. Heralded as the successor to Birgit Nilsson in the line of Swedish sopranos, she is today one of the most sought-after Wagnerian singers.
Atala Schöck, as one of the busiest Hungarian sopranos, featured at the Bayreuth Festival four years in a row, in a production of Parsifal conducted by both Pierre Boulez and Adam Fischer. She has appeared at Dresden's Semperoper, La Monnaie in Brussels, the Theater an der Wien and the Bastille Opera in Paris, among other venues. She first appeared at the Budapest Wagner Days in 2006. 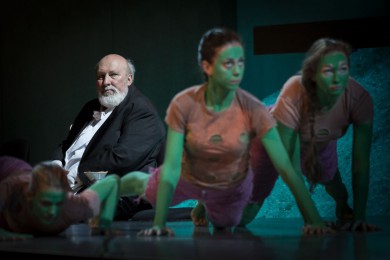 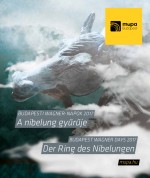