It was with this highly successful production that the Budapest Wagner Days began in 2006, and it has been performed from time to time ever since to meet popular demand. Luckily, posterity has not respected the composer's wish that Bayreuth be the only fitting place to perform this "Festival Play for the Consecration of the Stage”, based on Schopenhauer's ideas of suffering, self-renouncement and redemption: the Béla Bartók National Concert Hall conveys the magical sound of the Wagnerian o...rchestra and this acoustic marvel in unparalleled fashion.
As a musician with a native understanding of the Wagner idiom, Adam Fischer conducted two Wagner productions at the Bayreuth Festival for years. True to the traditions of the Budapest Wagner Days, he once again works here with world-renowned Wagnerian singers in the highly acclaimed staging by Magdolna Parditka and Alexandra Szemerédy. Among the finest dramatic sopranos working today, Violeta Urmana has demonstrated her qualities in lead operatic roles under conductors including Claudio Abbado, James Levine, Zubin Mehta, Pierre Boulez and Lorin Maazel. In the title role, German tenor Peter Seiffert built his career as a Wagnerian singer in Bayreuth from the mid-1990s, and featured in the title role on Daniel Barenboim's Grammy Award-winning recording of Tannhäuser. 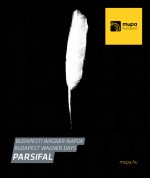