It has been a quarter of a millennium since the birth of the greatest radical innovator in music history: Beethoven both exploded classical forms and paved the way for the Romantic era. Although he lived to be 56, his works attest to an enternally rebellious and youthful soul. It is no wonder, then, that Müpa Budapest, for its part, is inviting young people to this morning lecture concert.

Ludwig van Beethoven was a passionate man, and unsurprisingly, his music is full of emotion and fervour too. No work of his exhibits this depth of feeling more than the piano sonata bearing the very moniker Appassionata, one of the grand and virtuosic masterpieces of the genre. Passion is a phenomenon that accompanies the formation of human relationships. For Beethoven, the exceptional individual and 'difficult person' whose life was rich in conflicts, relationships - both romantic ones an...d friendships - were a source of many problems. Evoking amorous love will be of the song cycle An die ferne Geliebte, which presages the later song series of the Romantic era that would be composed together as a single work. The Les Adieux sonata, on the other hand, recalls friendship.
In addition to drawing a portrait of Beethoven together with all of his passion in love and friendship, the concert also 'incidentally' offers a taste of the composer's - mature and settled - middle period: it is works from this creative phase that will be played on this occasion. And some of the most outstanding works from this period are the three string quartets commissioned by the Russian ambassador to Vienna, Andrey Kirillovich Razumovsky, a man of refined tastes. Of these three, Klára Kolonits, János Palojtay and the Accord Quartet will play two movements from the final one, the String Quartet No. 9 in C major. 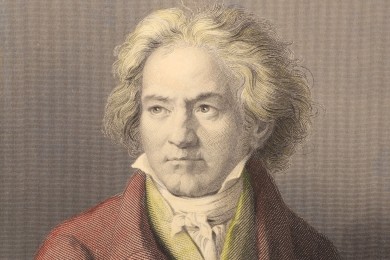