The Festival Theatre is situated in the eastern third of the building and seats 459 people. The hall is equipped with the latest sound technology, making it a fantastic venue for theatrical, dance, chamber music, jazz, world and pop music performances.

The theatre features a side stage, a rotating platform and a rear stage, as well as overhead machinery to allow smooth changes of set and modern effects lighting. The acoustics were created by Hungarian designers with the assistance of Russell Johnson. A conventional acoustic hood is substituted by a walnut hardwood cover made with the meticulous attention to detail of sculptor Sándor Ambrus, giving the hall a unique atmosphere and excellent sound properties. The interior is dominated by a combination of European redwood, Chilean cherry, oak, acacia and walnut surfaces that melt into harmonic unity.

The stage technology of the hall is being developed on an ongoing basis to meet the requirements of the latest productions taking place in the Festival Theatre. For instance, when Metropolitan Opera performances were first screened in the Festival Theatre in autumn 2009, the existing audio-visual technology was augmented with equipment to receive and broadcast the HD signal arriving via satellite, as well as a giant projection screen.

Interesting facts about the theatre 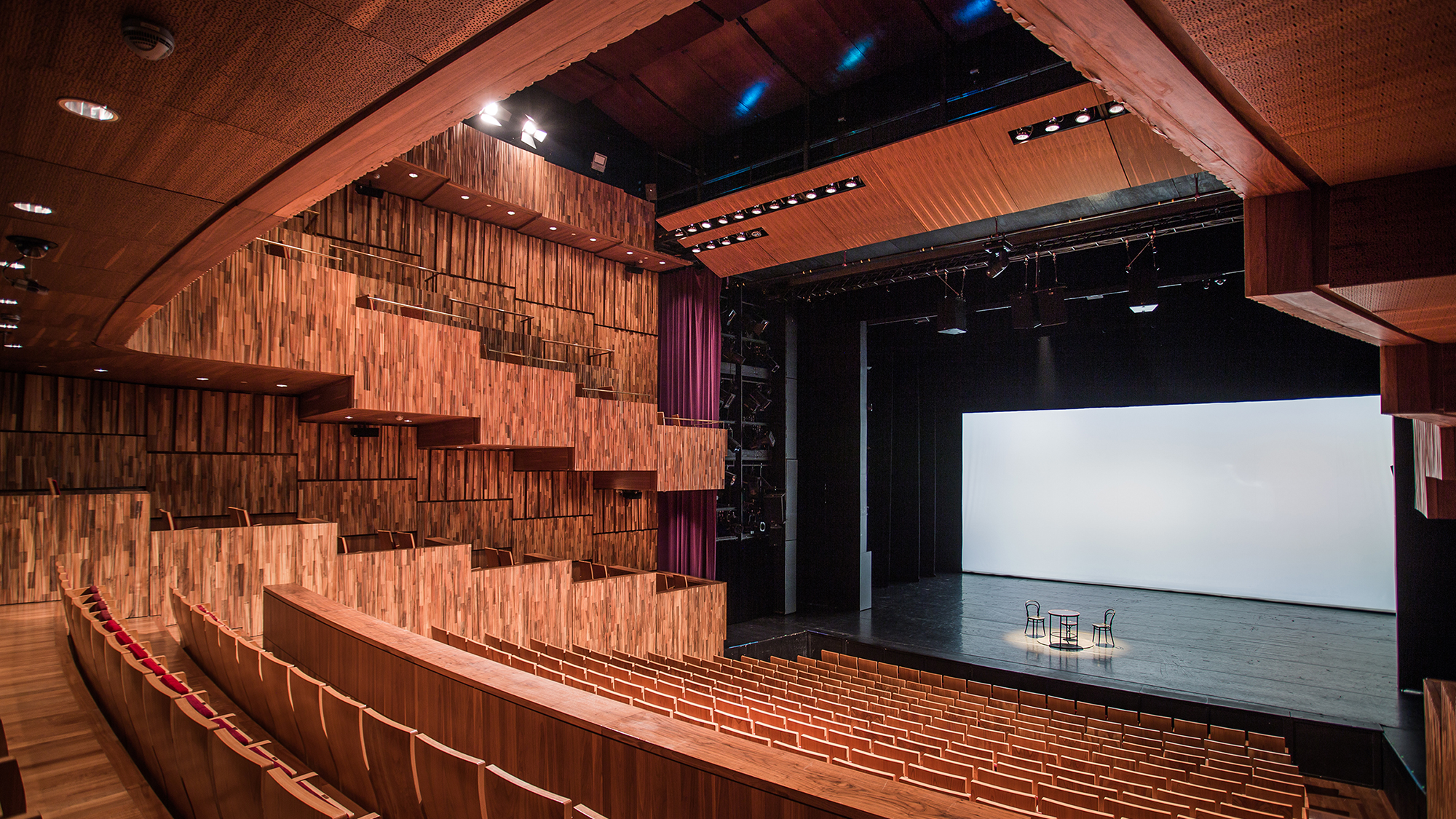