"Not all Wagner performances may have the power to change people, not all of them may leave a persistent effect on the human soul, but the Wagner Days directed by Ádám Fischer do have this power", according to the appreciative opinions of critics about the Budapest Wagner Days. Thanks to the great event series, the Hungarian capital and the Béla Bartók National Concert Hall have become an exceptional pilgrimage place for Wagner fans. Since 2006 more than a decade has passed during which the entire so-called Bayreuth canon has been put on stage, that is, all the ten operas featured on the "Green Hill" in the author's life could be seen by the audience, and the most prestigious Wagner singers are featured each year in the scenic performances. The emblematic production of the festival is the Ring tetralogy directed by Hartmut Schörghofer, The Ring of the Nibelung performed on four consecutive days according to the Wagner tradition, which will return in 2019 in a refreshed form after a one-year-long break with contributions from world stars such as Johan Reuter, Albert Pesendorfer, Stuart Skelton, Catherine Foster, Stefan Vinke, Gerhard Siegel or Lauri Vasar. The artistic leader and conductor of the world-famous event series is Kossuth Prize winner Ádám Fischer.

On Earth. The light-hearted play of the Rhine-maidens is interrupted by the Nibelung Alberich. Instead of joining in their frivolous games, he steals the gold that they are guarding. In doing so, he renounces love.

The Kingdom of the Gods. In order to maintain peace with his wife Fricka, Wotan has enlisted the giants Fafner and Fasolt to build a fortress for her. In return, he has promised them Freia, Fricka’s sister. As guardian of agreements and promises, Wotan must remain true to his word. Loge, the demigod of fire, suggests a compromise: Alberich is said to have forged a powerful ring out of the Rhine gold. Loge and Wotan travel down to Nibelheim, the world of the Nibelungs to retrieve the treasure, whilst the giants keep Freia hostage. Without Freia, and her golden apples, the gods’ power quickly diminishes.

The Underworld. Alberich uses his Ring and the “Tarnhelm” (a magical helmet which makes those who wear it invisible) to torment the other Nibelungs, especially his brother Mime. Using his cunning, Loge manages to steal the gold, the Tarnhelm and the ring from Alberich. Alberich places a powerful curse on the bearer of the Ring.

The World of the Gods. Freia is released. Erda, the Earth goddess, warns Wotan not to keep the ring. Wotan realises that the world of the Gods would go under if he were to keep it and so he hands the ring to the giants. And the curse of the ring starts working immediately: Fafner slays his brother Fasolt. The Gods retreat into their fortress, Valhalla. Two ravens, who inform Wotan of what is happening in the world, are his companions. Loge laughs at the imminent downfall of the Gods. The Rhinemaidens are left behind, mourning the loss of the gold.

On Earth. Siegmund, the Wälsung, mortal son of Wotan, finds shelter in the house of his enemy, Hunding. The following day he is challenged to a duel and he has no weapon. Siegmund recognises Hunding’s wife Sieglinde as his sister. They fall madly in love. She gives him Notung, a powerful and invincible sword. Brother and sister flee together. Wotan’s scheme, to save the world through a hero who does not know fear, seems to be working.

Between Earth and the Heavens. Fricka, guardian of marriages, forces Wotan to sacrifice the lives of the two adulterers. He must command his daughter Brünnhilde to release Siegmund from her protection. When Siegmund refuses to follow his fate and accompany Brünnhilde to Valhalla, she ignores her father’s command. Wotan destroys the sword Notung. Hunding slays the unarmed Siegmund and is killed by Wotan. Brünnhilde flees with Sieglinde, who is carrying a child.

Between Earth and the Heavens. The Valkyries are the nine daughters of Wotan and Erda. They travel through the world, bringing fallen heroes to Valhalla. They are Wotan’s secret army in his fight against the power-hungry Alberich. Instead of arriving with Siegmund, as the Valkyries expected, Brünnhilde arrives with the pregnant Sieglinde, closely followed by Wotan. Sieglinde is taken to safety. Wotan directs his wrath at Brünnhilde; the daughter who obeyed his secret order. He strips her of her immortality, and turns her into a helpless woman. Wotan then surrounds her with Loge’s fire, where she will remain asleep, until a hero arrives; a hero capable of waking her and winning her heart. The hero, who does not know fear.

On Earth. The blacksmith Mime has raised the orphaned Siegfried, son of the Wälsung siblings Siegmund and Sieglinde. The Nibelung also harbours the broken pieces of the sword Notung. Yet he did not raise the orphan out of a sense of duty and kindness: Both Siegfried, the young hero who knows no fear, and the sword Notung are a means for Mime to seize the ring that is now being guarded by Fafner and to gain world domination. A wanderer – we recognise him to be Wotan – stirs the Nibelung’s greed, and challenges him to a battle of wits, in which Mime forfeits his head. Siegfried, tired of his foster father, wields the sword himself. Mime arms himself with a poisonous potion.

In a different place. Fafner, transformed into a dragon, guards the treasure, the ring and the Tarnhelm, the magical helmet. He is observed closely by Alberich, who is wanting to reclaim his treasure. The Wanderer is also there; having renounced power he is now seemingly impassively observing world events as they unfold. Mime leads Siegfried to Fafner’s cavern, and Siegfried easily slays the dragon. Fafner’s blood causes Siegfried to understand a Wood Bird, and following its advice, he takes the ring and Tarnhelm for himself. Alberich is left empty-handed. Siegfried also now understands Mime’s betrayal and slays the dwarf. The Wood Bird shows Siegfried the way to the source of his – as yet undefined – longing: to a woman, Brünnhilde.

Between Earth and the Heavens. One last time, the Wanderer turns to the ancient Mother Erda for advice. However, her knowledge fails her in the light of the imminent end of the world. The Wanderer now hears of the power of the fearless and lawless hero Siegfried. The latter is on his way to the banished Brünnhilde, against the wishes of the once so powerful God Wotan. Siegfried releases Brünnhilde from her spell, and comes to feel two things: fear and love.

Between Earth and the Heavens. The Norns, Erda’s daughters, are no longer able to predict the future. The World Tree has been chopped to timber, awaiting the Great Fire. The ropes of destiny have become irreversibly intertwined.

On Earth. Brünnhilde bids leave to Siegfried, who is on his way to new heroic adventures. He finds himself in the company of the Gibichungs at the Rhine, the siblings Gunther and Gutrune, and their half brother Hagen, son of Alberich and their mother Grimhild. Hagen is Alberich’s tool in getting at Siegfried’s ring. However the ring remained with Brünnhilde as a token of Siegfried’s fidelity. So Hagen develops a plan: Siegfried is to drink a potion that makes him forget everything, then rob Brünnhilde for Gunther. As a reward, Gutrune shall become Siegfried’s wife. Meanwhile, the Valkyrie Waltraute tries in vain to convince Brünnhilde to return the cursed ring to the Rhine maidens, and thus to prevent disaster. The robbery and betrayal of Brünnhilde all happen according to Hagen’s plan.

On Earth. Alberich demands that his son Hagen swear allegiance to him. Hagen fuels hate and suspicion in Gunther against the triumphant Siegfried. The betrayed Brünnhilde also seeks revenge. The unknowing hero is wed to Gutrune.

In different places. Siegfried is taken on the Gibichung’s hunting trip in a ploy to kill him. The Rhine-maidens beg Siegfried to return the ring, but he laughs them off. In the company of the men, his memory slowly returns. Hagen quickly slays Siegfried. Brünnhilde realises the extent of the treacherous plot, and fulfils her final obligations to him: Siegfried’s body is burnt in the first flames of the World Fire. Then Brünnhilde too gives herself up to the fire, which destroys the world of mortals and gods alike.

The Rhine rises over its banks and the cursed gold is returned to its original place. 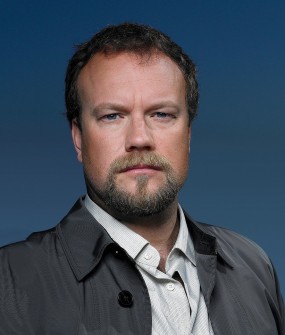