In 2019, we celebrated the 75th birthday of this world-famous composer, conductor and pedagogue. At this concert, as the Artist of the Year, he will be taking the stage at Müpa Budapest in a dual capacity: the audience will hear him conducting three of his own works - thus with full confidence in hearing an authentic performance of these contemporary compositions.

Born in Székelyudvarhely (Odorheiu Secuiesc) in 1944 and educated in Budapest, Péter Eötvös has returned to Hungary after residing abroad for several decades. His musical cosmos is full of ideas and discovery, and also combines - in an exciting fashion - an effort aimed at solving the problem intellectually with a carefree acceptance by the sensual experiences of the phenomena of the surrounding world. Of the three works being performed, two are some of his newer ones, while the third dat...es from a quarter-century ago.
His 2016 composition Dialog mit Mozart - Da Capo für Ochester, which he was commissioned to write by the Mozarteum Orchestra Salzburg to mark the 175th anniversary of the ensemble's establishment, is a thrilling experiment in which he further develops fragments found in Mozart's sketchbook, but in a modern style. Reading Malevich is another inspiring invitation to playfulness: 'I set myself the task of transforming an image, an optical event, into music,' is how the composer describes this work. The painting in question is Kazimir Malevich's Suprematism No. 56 - its shapes and colours converted into the 2017/8 orchestral piece commissioned by the Lucerne Festival.
Closing the programme is the vast 1995 piece - one requiring a large number of performers - Atlantis. Dreamlike and hallucinatory, this musical setting of the poem by Sándor Weöres evokes a sunken continent - as an audible memento warning the listener that our civilization too could perish, completely annihilated.

The concert will be preceded at 5.30 pm in the Auditorium by a screening of András Surányi's portrait film Eötvös 75. The film is in Hungarian.
The screening will be followed at 6.30 pm by a stage conversation under the title Prelude, giving ticket holders the opportunity to better familiarise themselves with the musicians and the works they will perform.
Admission to both the film screening and the Prelude stage conversation is free of charge, but subject to advance registration. 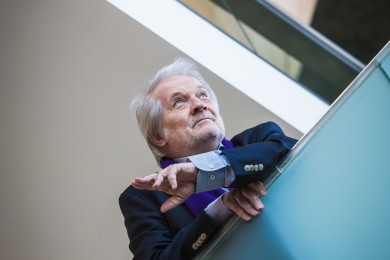 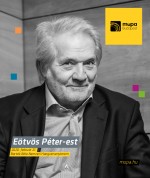 An evening with Péter Eötvös Details