"The greatest Wagnerian soprano of our era." That is how the Swedish soprano is lauded by the press. A winner of the one-million-dollar Birgit Nilsson Prize, Nina Stemme is often compared to her great predecessor Kirsten Flagstad. She is at home with the music of Gluck, Mozart, Haydn, Richard Strauss, Shostakovich and contemporary composers, but her most specific focus is on Wagner. It is excerpts from his operas that this singer who is a star guest at the world's major opera houses, from La Scala and the Met to Bayreuth and the Wiener Staatsoper, will be performing at Müpa Budapest as well.

Born in Stockholm, Stemme was not originally committed to a career in music, having first studied business administration and economics at the University of Stockholm - albeit in parallel with simultaneously attending a two-year course at the Stockholm Opera Studio. She made her debut in 1989, in the Italian city of Cortona, where she took the stage as Cherubino in Mozart's Le nozze di Figaro. It was only then that she decided to become a professional singer. Years of maturation followed a...t the University of Stockholm's College of Opera, where she completed her studies in 1994.
She then went on to sing minor roles at the Royal Swedish Opera. The breakthrough in her career, like for so many others, came with Plácido Domingo's Operalia competition, with the BBC Cardiff Singer of the World competition also an important factor. She later partnered with Domingo on the stage of La Bastille 1993 and in Munich the next year. These appearances were followed by high-profile performances in the world's major opera houses. She also conquered Wagner's roles one after the other, singing Eva, Elisabeth, Elsa, Senta, Sieglinde, Isolde and Brünnhilde. She lives in Stockholm, speaks five languages and gives about 40 performances a year. However, the Hungarian audience has only had one chance to see her, and that was 20 years ago at the Liszt Academy, so it's high time to meet her again. Taking up the baton for the evening will be Germany's Markus Stenz, who has served as either the principal conductor or music director of many of the world's finest ensembles, including the Netherlands Radio Philharmonic Orchestra, the Baltimore Symphony Orchestra and the Seoul Philharmonic Orchestra. An expert interpreter of the works of Hans Werner Henze, he is also a noted authority when it comes to performing Wagner, in addition to being the maestro in the orchestra pit for the première of György Kurtág's opera Fin de partie at Milan's La Scala.

We regret to inform our esteemed audience that this performance has been cancelled. Valid tickets can be redeemed until 7 January 2023 via the online interface previously set up for this purpose or our permanent ticket offices. Alternatively, they can be used to buy tickets for Müpa's own productions according to the face value of the tickets. 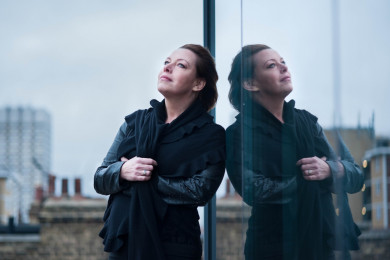 The performance has been cancelled.
We regret to inform our esteemed audience that this performance has been cancelled. Valid tickets can be redeemed until 7 January 2023 via the online interface previously set up for this purpose or our permanent ticket offices. Alternatively, they can be used to buy tickets for Müpa's own productions according to the face value of the tickets.