Northern lands, in the Hungarian collective consciousness, are associated with concepts of grimness, starkness, mysteriousness and remoteness. Music listeners, on the other hand, instead think of the countless wonderful conductors, instrumental soloists, singers and composers who have set out from the North to conquer the world in recent decades. This concert allies a northern orchestra and conductor with a Hungarian pianist.

The Baltic Sea Philharmonic is a new orchestra founded in 2008 by the finest musicians of Denmark, Estonia, Finland, Germany, Latvia, Lithuania, Norway, Poland, Russia and Sweden. Their chief conductor is the youngest member of Estonia's world-renowned conducting dynasty: born in 1972 and raised in the United States, Kristjan Järvi's stock-in-trade within the international world of conductors is extraordinary energy, an easy looseness and nearly magnetic evocativeness, which turn the conce...rts he conducts into remarkable and scintillating experiences. As the Baltic Sea Philharmonic has set up a model of international cooperation for the European music world, it is fitting that the ensemble will be accompanied at Müpa Budapest by a musician from the host country of Hungary: born in 1979, the soloist for Grieg's Piano Concerto, József Balog, has won numerous competitions both in Hungary and abroad. A recognised virtuoso, he has attracted attention especially for his interpretations of Liszt, although he is also intimately familiar with many other styles and composers, ranging from Beethoven and Chopin to Bartók and contemporary music.
And as everything at this concert is related to its central theme, the same is true for the pieces to be played: the evening will feature only northern music from Norway and Russia, with the music in two of the works - Grieg's Peer Gynt Suite and Stravinsky's ballet The Firebird - sharing a narrative bent.

The ensemble will be playing everything from memory and not necessarily in the order - this applies to both the pieces and the individual movements - in which they are listed. Come discover and enjoy the wonders of the North! 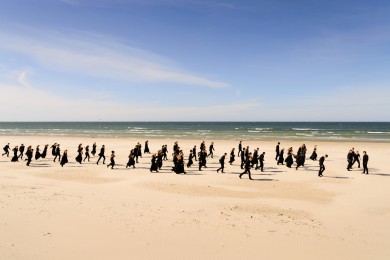 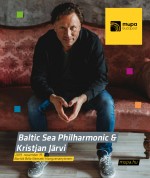