Romanticism, the dominant stylistic movement of the 19th century, had a proclivity for exotic themes. Although this might seem slightly strange today, these included somnambulism: the genetically determined disorder of walking around during the stage of deep sleep. The artistic imagination of the 30-year-old Vincenzo Bellini was also seized by the subject of 'sleepwalking' as he composed La sonnambula over the winter of 1830/31.

This work is a celebrated part of the bel canto opera repertoire, composed toward the end of Bellini's short life and career, immediately preceding Norma, which he completed in the same year. The 20th-century rediscovery of this piece that had enjoyed success in the 19th century started with Luchino Visconti's 1955 production at La Scala, with Maria Callas in the leading role. The work emerged from the general widespread fashion of the time of creating works for the stage dealing with slee...pwalking, and specifically a ballet by Ferdinand Hérold that was premièred in Paris in 1827; the libretto was written by Eugène Scribe, the versatile 'wild card' of the opera world. This served as the inspiration for Bellini's work. The composer wrote the music to a libretto by Felice Romani, itself based on Scribe's version.
The star of Müpa Budapest's production is the Czech coloratura soprano Zuzana Marková, who has enjoyed many triumphs with the Italian repertoire, and with bel canto operas in particular. Known for her portrayals of Lucia and Violetta, she has also been celebrated in the roles of Manon and Donna Anna.
The music director for the production, Riccardo Frizza, is a genuine opera conductor and a specialist in the Italian repertoire who is a recurring guest at Milan's La Scale, Venice's La Fenice, the Opéra National de Paris and New York's Metropolitan Opera.

The performance is a co-production presented by Müpa Budapest, the Pannon Philharmonic and Zsolnay Örökségkezelő Nonprofit Kft. 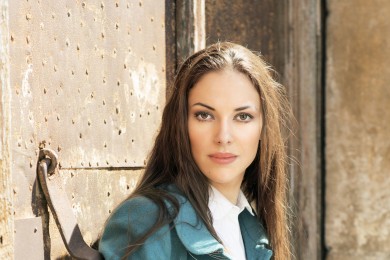 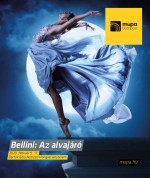