Since 1995, the European Concert Hall Organisation (ECHO) has given a chosen group of artists at the beginning of their careers the chance to present themselves at prestigious concert venues participating in the Rising Stars programme, an initiative that has already kick-started the careers of numerous young musicians. Benjamin Appl, who has bewitched audiences worldwide despite his young age, here presents a selection of works from two great composers of Lieder. Represented by one of the ...world's top talent agencies and formerly mentored by the legendary Dietrich Fischer-Dieskau, Appl can no longer be regarded as a novice, given that he has performed at the Schubertiade Festival and at the Wigmore Hall. Besides conductor Roger Norrington and Graham Johnson, one of the greatest living piano accompanists, he has worked with the Choir of King's College Cambridge and the Orchestra of the Age of Enlightenment. The second half of the evening features the playing of Remy van Kesteren, a winner of one of the leading harp competitions and someone who has performed for 500,000 people at the Proms series in London. "I want to let the world hear what the harp is capable of,” says the musician "It is an instrument with which you can tell the most beautiful stories. And that's what music is all about: telling a personal story!” On this occasion, the Dutch artist performs excerpts from a meditative series by the Spaniard Federico Mompou, based on the mystical poetry of 16th century Spanish theologian Saint John of the Cross.
Oene van Geel's Duality was commissioned by Concertgebouw and ECHO, with the support of the European Union Culture Programme. 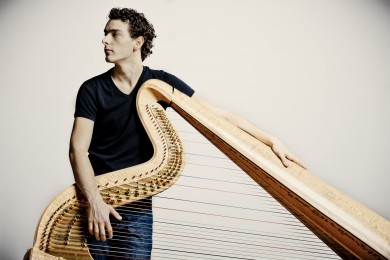 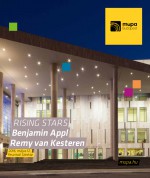