A concert programme line-up can sometimes contain some intriguing suggestions - you just have to know how to hear the message of the performer. For the first seven pieces in the Danish organist's show - most of the concert - we will bear witness to a captivating 'roundtable discussion'. Bach invites his predecessors to exchange views on musical matters.

What, exactly? For example, about what Bach considers to be a prelude, and what the Danish-German Nicolaus Bruhns, who was born 20 years prior to Bach, thought about the rules of prelude composition. Bach also wrote a passacaglia, and not just any passacaglia. In this concert he will ask one of his great predecessors, half a century older than him, the Danish-German Dietrich Buxtehude (who had a significant artistic influence on Bach) how he did it. And Buxtehude will give his reply with t...he second piece of the evening. Chorales will also get a mention - how could it be otherwise? Bach comes up with two, one choral prelude and a chorale written with a trio, though Georg Böhm, 21 years Bach's senior, cannot be left out. He will also present us with a chorale, one with a very well known melody. Whose is the last word? Bach closes this professional discourse from a highly prestigious group with a glorious fugue.
The Danish organist Bine Bryndorf was a student of Michael Radulescu and Gordon Murray at the Vienna Music Academy between 1987 and 1991, before also attending classes from William Porter in Boston and Daniel Roth in Paris. Bryndorf has achieved podium places in organ competitions in Innsbruck, Bruges and Odense and for chamber music in Melk and Copenhagen. She has enjoyed a significant solo carrier, and has taught in Vienna and then Copenhagen, where she has also worked as a church organist since 1996. We come across several Danish composers during the evening, including the closing piece, a composition from Carl Nielson. 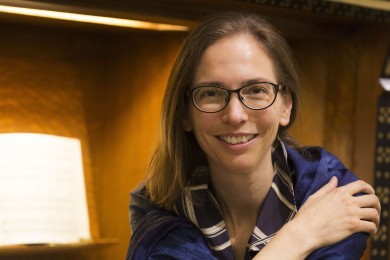 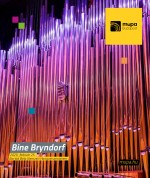