'Bad Boys': this is the title of one of Bryn Terfel's albums of arias. And there is nothing odd about this: in most operas, the baritones are the nasty fellows intriguing to thwart the love between the soprano and the tenor. But 'bad' also has a different meaning here: toughness, a rebellious character and a provocative personality. Standing a heroic 193 centimetres tall and with an enormous voice, the singer credibly portrays any of the enfants terribles in the operatic literature.

After all this, the fact that he is the pride of his homeland - Wales in the narrower sense and Great Britain in the broader one - might seem a bit contradictory. But Terfel, who was knighted in 2017, is also very much a 'good boy' in a manner of speaking: for example, in graduating with high honours from London's Guildhall School of Music 30 years ago. Since 1993, he has been contracted exclusively to Deutsche Grammophon, one of the world's leading record companies, and he is at home in ...all of the world's major opera houses, and even its musical theatre venues.
The Salzburg Festival, London's Covent Garden, the Wiener Staatsoper, New York's Metropolitan Opera, Milan's La Scala: wherever he appears, he enjoys overwhelming triumphs, because audience everywhere appreciate his extraordinarily and painstakingly honed voice, irresistible musicality and - not least of all - the temperament and power that flows from his portrayals. He has been a memorable Peter Grimes, a magnetic Mephistopheles, an unforgettable Leporello, a Figaro breathing the fire of revolution, a demonic Scarpia and an epicurean Falstaff - just to name a few characters from his rich storehouse, and that isn't even to mention the roles from Donizetti, Offenbach, Wagner and Stravinsky. A living legend of the opera world for many years, Terfel continues to continuously enrich his artistic profile to this day.

Sir Bryn Terfel is an exclusive artist of Deutsche Grammophon. 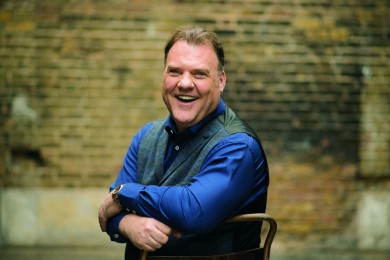 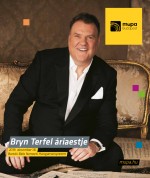