Outrageous or brilliant? Autocratic or authentic? The enfant terrible of the organ returns to Müpa, the taboo-breaking, stereotype-defying American who takes diabolical liberties with the instrument of religious devotion, conjuring music from the organ like no one else before him and performing even familiar works in unconventional fashion. When setting tones and registrations on the organ, he often prefers his own concepts to those of the composer, drastically deviating from customary mod...es of articulation and frequently embroidering and improvising upon the written score. This all produces something similar to what the audience might have felt when they saw and heard the "Devil's violinist” Paganini on stage: we cannot believe our eyes or ears. It is dazzling what this phenomenon with a punk hairdo and high-heeled leather cowboy boots does with his feet when playing the cascading left-hand runs of Chopin's Revolutionary Étude on the pedals.
The first organist to be nominated for a solo Grammy Award, Cameron Carpenter's repertoire includes everything from Bach works to film music, as well as a huge number of transcriptions. He developed his jet-black five-manual portable instrument himself, because as a concert performer he wished to enjoy the same relationship with the instrument he plays - wherever in the world he travels - as a violinist who takes their own instrument everywhere they go. On this occasion, the organist known for his jaw-dropping performances will be accompanied by one of the world's finest chamber ensembles, the Academy of St Martin in the Fields founded by Sir Neville Marriner. 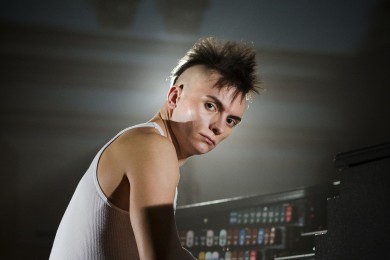 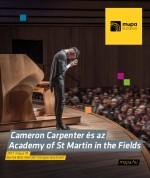