Each year before Christmas, Müpa Budapest presents an organ concert and choral performance where the exalted sound of the organ combine with seasonal choral pieces to help the audience capture the spirit of the holiday season. At this year's concert, three choirs will be joining the 'queen of instruments' in celebration.

Monika Melcová was born in Slovakia and already began studying the piano and organ by the age of five. After primary school in Kosice, she continued her education first in Vienna under Hans Haselböck and Michael Radulescu, and then as a student of the Conservatoire de Paris where she attended the classes of Olivier Latry and Michel Bouvard. She has appeared successfully in numerous international competitions (Bruges, Zilina and Lisbon) and taught for a year in Japan in 2002, where she retu...rns periodically to teach master classes. Melcová regularly performs in the great concert halls and cathedrals of Europe, and has taught improvisation since 2008 at the Musikene music school in San Sebastian, Spain.
The story of the Zoltán Kodály Hungarian Choral School began 30 years ago in 1988, when the school was founded by choirmaster and educator Ferenc Sapszon Jr. According to its website, the institution 'seeks to implement the national education principles of Kodály, because musical education plays an important role in education as a whole. The 12-grade institution, accredited in Budapest and Pest County, is a unity of primary school, high school, music academy and musical arts vocational training all in one.' [...] 'It was evident upon fully considering Kodály's principles and intentions that a choral school had to be established, a school based on Western European cathedral choir schools that would continue the Hungarian traditions of Kodály.' Three choirs will represent the school in this Christmas concert conducted by the institution's choral instructors Rita Domány, Borbála Sapszon and Márton Tóth. 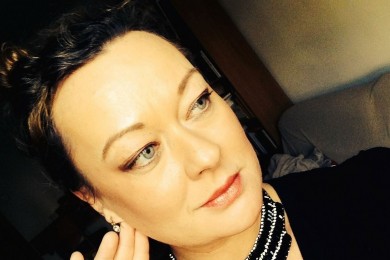 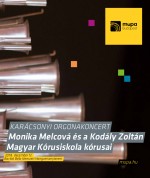