Anyone who has ever heard a performance of Russian Orthodox church music by a Russian choir will know that it sounds like nothing else in music. This is not only because it has a far more powerful and deeper, resonating sound compared to what we are accustomed to in Western Europe, but also because of the unworldliness of the performance style.

After graduating from the Saint Petersburg Conservatory, Daniel Zaretzky continued his studies at the Kazan State Conservatory and the Sibelius Academy in Helsinki. He has attended master classes from numerous Western European organists, including Guy Bovet, Jean Guillou, Marie-Claire Alain, Harald Vogel, Ludger Lohmann, Piet Kee, Jon Laukvik and Zsigmond Szathmáry. Since 2011, he has been the head of the faculty of organ playing at the Saint Petersburg Rimsky-Korsakov Conservatory.
The pr...edecessor of the Saint Petersburg Concert Choir was origianlly a choir made up of Moscow deacons. It had already been around for several centuries before its headquarters was moved to Saint Petersburg during the time of Peter the Great. For many generations, the work of the choir's predecessor set the benchmark for all centres of Russian singing culture. Vladimir Begletsov completed his studies at the piano and conducting faculties of the Saint Petersburg Rimsky-Korsakov Conservatory. In addition to his extensive choral work with numerous different choirs, he has also conducted a large number of orchestras both in Russia and abroad.
From Rachmaninoff to Gretchaninov, the concert programme offers a colourful panorama of the Christmas works of both well and lesser-known Russian composers, while we can also look forward to a taste of the German (Bach) and French repertoire (Gigout, Dubois), as well as the greatest ever international Christmas hit, Gruber's famous Silent Night. 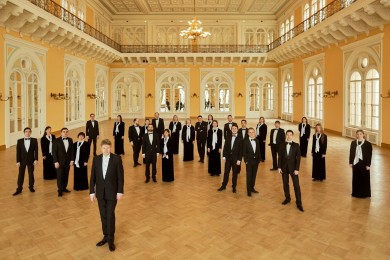 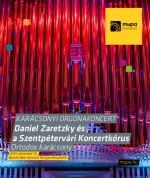