Before committing herself to the Italian bel canto repertoire, Diana Damrau was celebrated as a unique performer in coloratura roles the world over. She appeared as the Queen of the Night in 15 separate productions of The Magic Flute, while making history at the New York Metropolitan Opera by singing the roles of both Pamina and the Queen of the Night in different performances of the same run. In 2010, she married the French bass-baritone who partners her on stage this evening, and with whom she... has two children. Perhaps not incidentally due to physiological changes, the German soprano has tended to take on roles of a different nature in recent years, immersing herself in the bel canto style, in which she has again become a highly sought-after performer worldwide. At the Metropolitan, for example, she took the main female role in Rossini's opera Le Comte Ory, and has also played several roles in operas by Donizetti and Bellini, as well as Gilda in Rigoletto and Violetta in La Traviata. She created a genuine sensation in 2014 with the première of this bel canto gala in Prague, performing some of the most beautiful arias and duets in the repertoire with her husband. The production has since gone on to generate enormous interest on countless occasions. 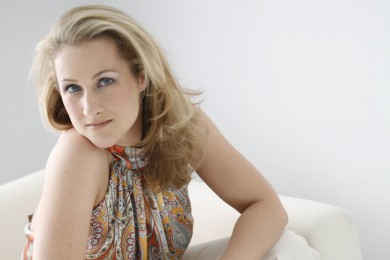 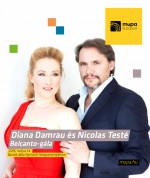