How would a late clarinet sonata from a Romantic composer sound arranged for orchestra by one his 20th-century counterparts? Does the piece then become a 'concerto' by virtue of having the woodwind joined by an entire symphonic ensemble? What kinds of colours does Berio associate with Brahms's harmonies? Come and find out! And discover the performer along with the rejuvenated classic work.

The young Belgian clarinettist Annelien Van Wauwe plays both the modern version of her instrument and its historical predecessor. A former student of Sabine Meyers's, she achieved successful results at numerous international competitions, including winning the ARD International Music Competition in Munich in 2012. This victory dramatically increased the level of international interest in her artistic abilities, and she received invitations to play with the Bavarian Radio and Stuttgart Radi...o symphony orchestras, the Deutsches Symphonie-Orchester Berlin, the Brussels Philharmonic, the Liverpool Philharmonic and the BBC Symphony Orchestra and BBC Philharmonic.
One can learn a great deal about musicians starting out on their careers by finding out what their role models are like. Junior Prima Award-winning Martin Rajna, who currently works as assistant to Kálmán Berkes at the Győr Philharmonic Orchestra says that for him, 'the most ideal conductor is without a doubt Carlos Kleiber. […] He rehearsed endlessly, with unsparing thoroughness, and yet in footage of his rehearsals, one can see a collegial and direct person, not a dictator. […] Among Hungarian conductors, the personality and incredible skill of János Kovács are worthy of emulation, and recently I've been growing more interested in the work of Teodor Currentzis as well.' 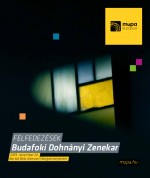