Young soprano Emőke Baráth, a performer of Baroque music at the start of a hugely promising career, burst onto the scene with a sensational appearance at the Aix-en-Provence Festival in the summer of 2013, in the title role of a newly rediscovered opera by Cavalli. She was also assigned important roles in the series of Handel operas staged at the Theater an der Wien under world-renowned conductor Alan Curtis. This evening, her partner will be countertenor Valer Sabadus, who sang the main male r...ole in the same Cavalli opera. Born in Arad, Romania, Sabadus moved to Germany with his family at the age of five, and stands on the threshold of a similarly promising career based on the superb performances he has delivered in mainly Baroque works. These two wonderful singers will be accompanied by an ensemble that takes its name from the title of a 17th century Italian Baroque opera. Formed in 2012, Il Pomo d'Oro is a dynamic, up-and-coming ensemble that has already recorded albums with several world-leading singers. It is led by an expert representative of the Italian school of historically informed performance who has appeared in numerous musical formations, working with musicians such as René Jacobs, Rinaldo Alessandrini, Jordi Savall, Christina Pluhar and Fabio Biondi. 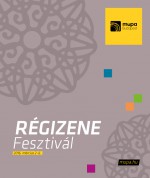