"Playing her instrument with natural integrity and stage presence, she combined extraordinary musicality with a personal expressiveness that enchanted her audience. With a seemingly infinite variety of tones at her disposal, her performance revealed even the tiniest details to listeners.”

This is how the jury described Ellen Nisbeth's playing when they presented her with the Norwegian Soloist Prize in 2013. Born in the Swedish city of Uppsala in 1987, the violist pursued her education at the Norwegian Academy of Music, the Royal Swedish Academy of Music and at London's Royal College of Music. In spite of her young age, she has won numerous music awards in recent years. Her concert performances thus far have primarily been with major Scandinavian orchestras, including the S...wedish Radio Symphony Orchestra, the Norwegian Radio Orchestra, the Bergen Philharmonic Orchestra and the symphony orchestras of Trondheim, Göteborg and Norrköping - partnering with such conductors as Neeme Järvi, Daniel Blendulf, Peter Gülke and Santtu-Matias Rouvali.
Her début programme is an extraordinarily colourful one, with much that is out of the ordinary in store. In fact, with the exceptions of the gigue from Bach's Partita in D minor transcribed - in G minor - for viola and Grieg's Sonata in C minor, nothing at all in it is routine: she'll be playing works by the Australian-born American composer Percy Grainger that are completely unknown in Hungary, as well as a new piece for solo viola written by Swedish composer Katarina Leyman and film music from that pivotal figure of swing, Duke Ellington. Come discover the world of the viola with Ellen Nisbeth!

Nominated for the Rising Stars program by: Stockholms Konserthus

In Festival Square after the concert, visitors will be able to participate in a meet and greet moderated by Endre Tóth, where they can chat with the artists appearing in the concert and the composer Katarina Leyman and request autographs from the artists. 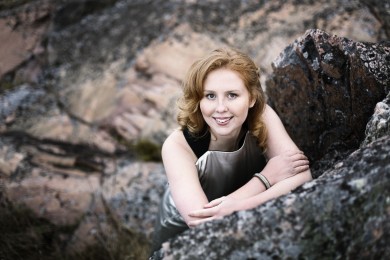 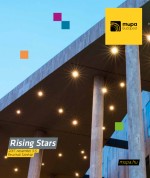