The lyric soprano Emőke Baráth is known for her performances in early music productions and is looked upon with great pride by Hungarian audiences. Her international career has now reached stratospheric heights, with this appearance as an equal partner to one of the world's most famous countertenors providing further evidence of her upward trajectory.

Performing in top concert halls and at the largest festivals in the company of the world's greatest musicians has become an everyday reality for Baráth in recent years. Her world-class talent has been recognised by the international concert circuit and music industry, while Hungarian audiences welcome her enthusiastically every time she returns to perform in Budapest. This is not the first time Baráth has worked with the stunning virtuoso Philippe Jaroussky: she has made several recordings... with the famously magnetic and hugely influential French countertenor with the velvet voice, and they have also shared the stage for a number of successful concerts and operas. For both these artists, performing a Handel opera is among the highlights of their artistic careers. Handel's masterpieces showcase the unparalleled diversity of the human spirit, while the lyrical and dramatic forms, the tests of vocal strength and musical characters present singers with immeasurable variety and depth. For this concert, Baráth and Jaroussky will perform excerpts from four superb Handel operas.
They will be accompanied by the Ensemble Artaserse, which takes its name from one of the 18th century's most popular opera librettos. The ensemble was formed in 2002 with Philippe Jaroussky among the founder members and is one of the most sensitive interpreters of the Baroque repertoire. 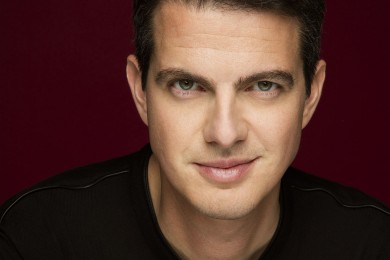 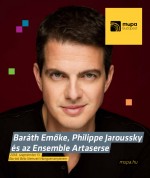