What comes to mind when we think of Mozart? All kinds of things, but it's certain that youthfulness is one of them. He became a celebrated artist as a child and - dead at the age of 36 - never grew old. His music - including the tragic works - is a refreshing breath of eternal youth. Tonight's two talented soloists are also young: both were born in 1997.

The Ferenc Liszt Chamber Orchestra is also a youthful ensemble, with many new members joining in recent years as the founders hand over the mantle to younger musicians. Under the direction of concertmaster Péter Tfirst, the orchestra will first play a divertimento before accompanying two piano concertos. The Piano Concerto in C major, written in Vienna in late 1782 and early 1783, is one of the composer's enchantingly garrulous, graceful and sunny piano concertos, and is operatic in tone i...n many of its passages. The soloist, Krisztián Kocsis, was only a small child when he first exhibited his exceptional talent. Initially, it was his father, Zoltán Kocsis, who supervised his development, with Erika Becht at the Járdányi Pál Music School later taking the young musician under her wing. From there, his path naturally led him to the Franz Liszt Academy of Music, where he continues to pursue his education, despite having performed as a concert pianist for years.
The other concerto, the D minor, is one of two such works for piano that Mozart wrote in a minor key. Its tone is characterised by tragic turmoil and richly expressed dramatic contrasts. Performing it will be Ádám Balogh, who was born in Pécs but came to Budapest while still a child to study at the Liszt Music Academy's programme for exceptional young talents. He has achieved impressive results at Hungarian and international competitions, including winning his age group at Milan's International Piano Talents Competition, as well as placing in the top 12 at the 2015 Cliburn Junior International Piano Competition. 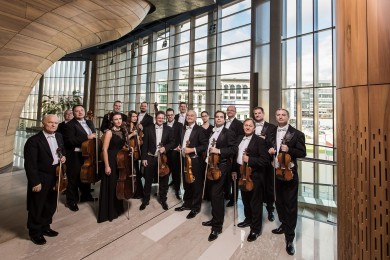 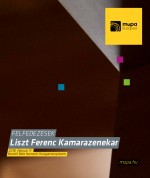