Müpa Budapest with the Viennese classics: Works by Haydn, Mozart and Schubert to commemorate All Saints' Day. The introductory piece to the concert, Joseph Haydn's Symphony No. 44 (in E minor, 'Trauer') already brings to mind thoughts appropriate to the start of November, and we continue to consider the themes of mortality, self-reflection and commemoration on hearing the four movements (Tuba mirum, Recordare, Lacrimosa, Benedictus) of Mozart's Requiem. The soloists for this concert are noteworthy representatives of Hungary's vocal vanguard.

Several of Haydn's symphonies received nicknames that do not originate with the composer, and most of these have anecdotes connected to them. In the case of the 'Trauer' symphony, the composer is said to have requested the sobriquet and it is of course the slow movement of this work that we will hear. The name may also refer to the minor-key composition's stormy opening and closing movements, which fit neatly into the atmosphere of the then-popular Sturm und Drang artistic movement fashion...able in the 1770s that later took off with Goethe's novel The Sorrows of Young Werther. The Mozart excerpts to follow the symphony - the movements from the Requiem - lead us into the dramatic and tragic realm of one of the most special and mysterious compositions in the musical literature: Mozart is well known to have written the mass on his deathbed at the behest of a secretive patron who did not reveal his identity, and the unfinished work was later completed by his student Süssmayr. Schubert is often referred to as a representative of early romanticism, but his Symphony No. 5 to close the programme is a genuine classical Viennese composition, so much so that many sections adopt the style and tone of his admired predecessor Mozart. The Hungarian National Philharmonic will be conducted by Gergely Madaras. The Hungarian is renowned throughout Europe as the Music Director of the Orchestre Philharmonique Royal de Liège. 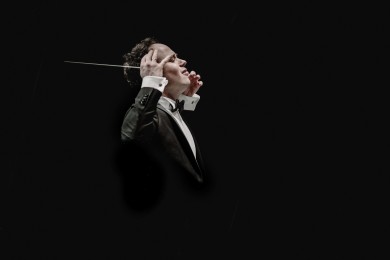 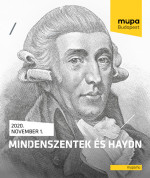