This concert represents an opportunity to discover two young soloists, a pianist and a flautist, and also offers a unique chance to see the Savaria Symphony Orchestra, a Hungarian symphonic ensemble from outside Budapest. The flute concerto that appears on the programme is also a rare treat.

Conductor Gergely Madaras (1984) has purposely been left off the list of discoveries as he needs no introduction. Since 2013, he has been musical director of the Orchestre Dijon Bourgogne in France, and has also served as principle conductor of the Savaria Symphony Orchestra since 2014. In February 2018, he was appointed musical director of Belgium's largest symphony orchestra, the Liège Royal Philharmonic. At the head of his Hungarian ensemble in Müpa Budapest's Discoveries series, he wi...ll conduct Dvořák's folk music-inspired and slavic-themed eighth symphony.
In the first part of the programme, two concertos will also be heard. One of Mozart's most popular Viennese piano concertos, the Concerto in C major (Köchel catalogue number 503), will be performed by young artist Alexandra Balog. Balog began her secondary music studies as a student of the Béla Bartók Secondary School of Music in 2003 and continued her higher education at the London Royal Academy of Music. In November 2017, she won the Béla Bartók International Piano Competition in Graz.
Perhaps the most exciting discovery on the programme is the Flute Concerto (1934) by the Frenchman Jacques Ibert (1890-1962). This sparkling, virtuosic work is one of the most significant in the instrument's 20th century repertoire. Its performer, Noémi Győri, studied under world-class instructors and has been successful in international competitions. Despite having performed for years all over Europe and America and releasing outstanding albums, we hear little about her here in Hungary. We now get the chance to discover her too! 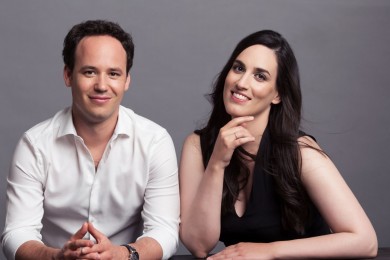 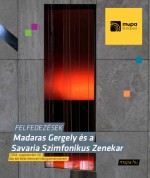