It is rare for two soloists to appear at one concert, but this evening we will have the chance to hear a pair of truly global superstars. Latvian-born Gidon Kremer has been one of the world's finest violinists for half a century now. He stepped into the vanguard as a student of David Oistrakh in the late 1960s, and went on to play frequently in the ensuing decade in Western Europe and New York, until finally leaving the Soviet Union in 1980. He has always been committed to ensuring that le...sser-known pieces from the violin repertoire gain acceptance in concert halls, and has also commissioned works. On this occasion, in a programme dedicated to Schumann, Kremer performs the composer's rarely heard violin concerto, which has been unjustly neglected since his passing some 160 years ago.
Ranking among the elite as both a conductor and pianist, Mikhail Pletnev began his career a decade later than Kremer, but, like the violinist, gained international fame through victory at the International Tchaikovsky Competition. Winner of a Grammy Award for Best Chamber Music Performance together with Martha Argerich, Pletnev was 31 years old when he met Mikhail Gorbachev at a Washington superpower summit where he had been invited to perform. It is thanks to this friendship that he formed the Russian National Orchestra in 1990, the first non state-supported symphony orchestra in Russia since 1917, which he has overseen as artistic director with great success ever since. 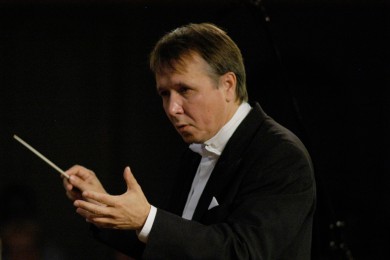 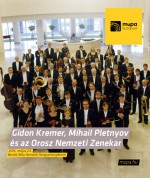