Following Hercules, Acis and Galatea, Athalia, Messiah, Theodora and other works, Hungarys two leading early music ensembles the Purcell Choir and Orfeo Orchestra present another Handel treat as part of their intensive efforts to help shape the domestic music scene under the guidance of György Vashegyi. Their task might be seen as easy considering that their hands always find fabulous treasures on the Handel shelf in the great library of music history, music overflowing with astonishing ...melodic richness, extraordinary expressive power and moving drama, composed in a unique style blending features of the Italian, French and English schools.
Focusing on the power of music, Alexanders Feast the libretto for which was adapted from an ode written in 1697 for the day of St Cecilia, the patron saint of church music is unusual partly because it has no plot in the traditional sense, but is instead a series of lyrical and festive movements. It is not an oratorio, but rather an ode, with an allegorical framing story in which Alexander the Great and his lover Thaïs hold a banquet in the captured Persian city of Persepolis. The court musician Timotheus sings and plays on his lyre, arousing various emotions in the indomitable military commander, who is eventually incited by the power of the music to wreak revenge for his dead Greek soldiers by burning down the city.
This work holds particular significance in Handels oeuvre, as it was in response to its success in 1736 that the composer, by then a British subject, decided to break from the Italian operatic style and turn instead to the more easily digestible oratorio genre, which lay closer to the English middle classes. It was in this way that Handels wonderfully entertaining music came to exercise its power in the 18th century, and continues to cast its spell over music-lovers in the 21st century.

A joint production of the Lithuanian National Opera and the Palace of Arts. 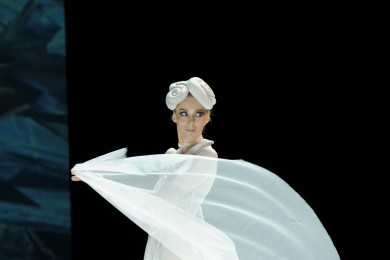 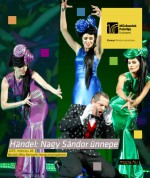