Our lives are accompanied by habits, and larger communities also engage in repeated acts and ceremonies that, ennobled into traditions, can become factors that shape their culture. Over the past decade, Müpa Budapest has created just such a spiritually enriching tradition by presenting one of Haydn's grand oratorios - generally The Creation - on New Year's Day each year.

But what makes this opus magnum set to the text of Baron Gottfried van Swieten, and which Haydn completed in 1798, so perfectly suitable for memorably ringing in the new year? As likely as not, the biggest factor is the optimism and gaiety that the work radiates. This composition is truly constructive in spirit, for it is about creation, suffusing it with the three values postulated as being the most important in the much-quoted letter of Saint Paul: faith (in the meaning of existence), ho...pe (in reaching our aims) and love (for every living creature). Joseph Haydn's oratorio reflects the balanced world-view of the Enlightenment, and many people refer to The Creation as Haydn's The Magic Flute, and not without reason, for this work inspires idealism and glows with light.
Speaking of magic, it would also have been possible to create the tradition of the New Year's performance of The Creation with Ádám Fischer conducting the masterpiece with the same orchestra, chorus and soloists each year. The magic of Müpa Budapest's productions of The Creation, however, lie precisely in the fact that it sounds different each year, thus bringing new colours and accents from the work to the forefront each time. On this occasion, it will be the Düsseldorfer Symphoniker playing, with the Hungarian Radio Choir undertaking the choral duties. The emphatically international set of soloists consists of Hungarian soprano Emőke Baráth, German tenor Uwe Stickert and Hungarian baritone Miklós Sebestyén. 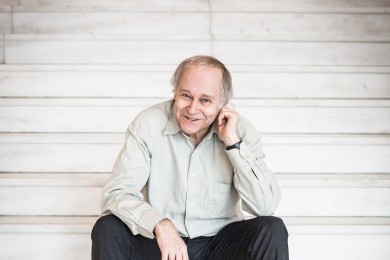 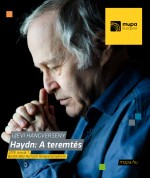