As part of the Rising Stars programme launched by the European Concert Hall Organisation (ECHO) in 1995, the concert halls that make up the organisation each year send out a new crop of talented young musicians and ensembles on a European concert tour that, for some years now, has given the Müpa Budapest audience the chance to get to know them.
Although Horácio Ferreira, born in 1988, has enjoyed great success at several international competitions (Vancouver, Seville and Milan), his most s...ignificant recognition came in 2014, when he was awarded the special prize for the best performance of Debussy's Rhapsody at the Debussy Competition in Paris, the most prestigious competition for his instrument. He has already played with numerous symphonic orchestras, including the Gulbenkian Orchestra, his country's leading ensemble. Noteworthy among the schools he has attended is Madrid's Escuela Superior de Música Reina Sofia, where he found Hungarian pianist Dávid Bekker, born in 1992, studying under Dmitri Bashkirov after completing András Kemenes and Jenő Jandó's course at the Ferenc Liszt Academy of Music in Budapest. He has achieved superb results at numerous competitions, and in 2011 won Vienna's Béla Bartók International Youth Piano Competition in the 19-21 age group.
The two young artists bring a colourful assortment to Müpa Budapest: in addition to an atmospheric work by Béla Kovács, one of the greatest clarinettists of the second half of the 20th century, they will be playing pieces from the classic clarinet repertoire, along with a new composition composed by leading Finnish contemporary composer Kimmo Hakola for the Rising Stars programme. 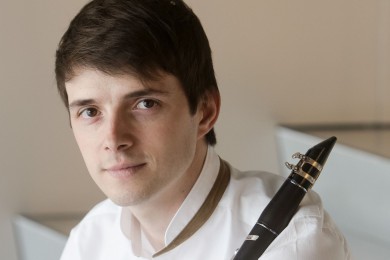 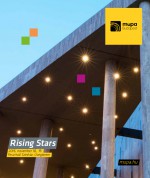