Both the soloist and the conductor performing this evening will be very familiar to the Müpa Budapest audience, even though they have never appeared here together before. Whereas we had the opportunity to marvel at the pianist's virtuosity and interpretive ability in 2013 as part of the Rising Stars series run by the European Concert Hall Organisation (ECHO), the conductor was last seen here, as he will be now, with Vienna's legendary ensemble.

Igor Levit was born in Nizhny Novgorod in 1987, but settled in Germany with his family in 1995. He followed up his studies at Salzburg's Mozarteum by attending the Hanover University of Music, Drama and Media. His intimate relationship with the music of Beethoven is eminently evident from both his recordings to date and his appearance in Budapest six years ago. As the soloist for the composer's Piano Concerto No.3 in C minor (1800), he will take the Budapest stage with a work that, followi...ng the conversational style of Beethoven's previous two concertos, strikes a serious and disciplined tone in its opening movement.
Now well into his 70s, Los Angeles-born Michael Tilson Thomas, globally renowned as a superb interpreter of the works of Mahler and modern American music, as well as an enthusiastic apostle for musical education, will begin by conducting an exciting work, experimental in spirit and transitional in style, by the early modern American composer Charles Ives, whose works are only rarely played in Hungary. Decoration Day, the second movement of his Symphony (1904-1913) in tribute to American holidays, treats old American marches, military signals and folk songs. The movement was inspired by Ives's childhood experiences of watching his father, a military bandleader.
The second part of the concert will feature the clear and pastoral tone of Johannes Brahms's Symphony No. 2 (1877). Amply flowing with melodies, the work - which was premièred in 1877 by the then 32-year-old Vienna Philharmonic with Hans Richter conducting - is the very essence of exuberant lust for life, energy and light-hearted gaiety.

Rolex is the exclusive partner of the Vienna Philharmonic. 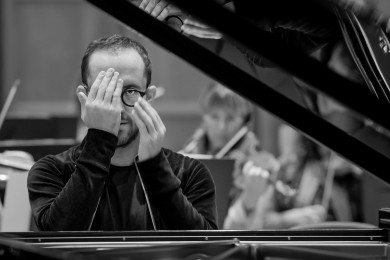 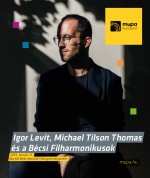