Ilona Prunyi's career has been defined by an affinity for challenges: she has always had a predilection for including uniquely difficult compositions in her concert programmes, while also serving as a dedicated advocate of neglected treasures. It is therefore no wonder that she has played a major role in the Dohnányi revival of recent years, since the oeuvre of this contemporary of Bartók and Kodály has both these characteristics.

When Ernő Dohnányi (1877-1960) was born into the family of a Pozsony (Bratislava) high school teacher, Brahms was only 44 years old. This meant that, compared to Bartók, who was born four years after he was, Dohnányi was much closer to the Romantic movement. Indeed, he would play an important and inspirational role in it early in his career as a young piano virtuoso and composer. While Bartók had outgrown the influence of Richard Strauss after a few years, Dohnányi would never become a tru...ly "modern” composer. His path was different from Bartók's and Kodály's - he fully embraced neither a spirit of innovation nor a dedication to Hungarian folk music (while it is true that some folk elements also appear in his work, they receive far less weight than that assigned by his two contemporaries).
Dohnányi's mature, personal style is a somewhat modern 20th century eclecticism in which the key role is played by the Romantic legacy. At the time when he was being rediscovered, it was primarily his piano works that elicited interest, which makes the decision of Ilona Prunyi and her fellow artists to focus on the composer's chamber music all the more important. These works will include his songs, which show the palpable influence of Mendelssohn, Schumann and Brahms, and his richly sonorous sextet, which also reveals many links to more traditional music. 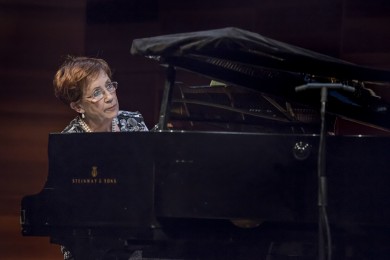 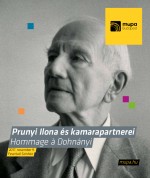