At this concert, the audience will become acquainted with a composer whose works are still sorely under-represented in the Hungarian early music repertoire. He is among the greatest of the pre-Bach period, and one of the most important composers of Baroque music.

It is perhaps no coincidence that Heinrich Schütz (1585-1672) was born exactly 100 years before Johann Sebastian Bach. He is thought to be the most important German composer of the pre-Bach period. That Schütz's music did not remain purely German but was greatly enriched by foreign influences was an important part of his artistic development. As a young man, Schütz spent several years in Venice (1609-1612), during which time he studied under one of that period's most significant composers,... Giovanni Gabrieli (1554/57-1612). Gabrieli taught Schütz the so-called double-choir technique, a characteristic 'call and response' (antiphonal) mode of composition typical of composers of St. Mark's Cathedral, which Schütz employed in his own works.
His monumental series entitled Psalms of David (Psalmen Davids) is an important chapter in his oeuvre. Completed in 1619, shortly after his studies in Italy, it is a powerful illustration of how he was influenced by what he had learned abroad.
La Chapelle Rhénane, the Strasbourg-based Early Music ensemble founded in 2001 by Benoît Haller, primarily performs works by Bach, Buxtehude, Samuel Capricornus and Schütz, and has also produced a recording of Psalms of David. With the help of this capable interpreter, we will experience a uniquely beautiful piece of work that successfully blends Italian and German Baroque styles. 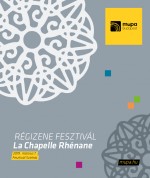