In the principal roles:

Ballet Pécs
Orchestra and Choir of the Hungarian State Opera

The cult of the Orient was conquering music even during the Viennese Classical period, and this fascination with the exoticism of the East continued into the Romantic era and the 20th century. It is no coincidence that Ferenc Lehár got caught up in this intellectual fashion, for this one-time student of Dvořák's secretly considered Puccini, the composer of Madama Butterfly and Turandot, to be his true master.

Premièred in 1929, The Land of Smiles is one of Lehár's later works, although it is in fact a new version of his own earlier work from 1923, The Yellow Jacket. One of the key triumphs of the composer's career, this revision came decades after The Merry Widow (1905) and The Count of Luxembourg (1909). Who has not heard the operetta's irresistible hit, the song Dein ist mein ganzes Herz, which even the very greatest opera singers - ranging from Mario Lanza to Plácido Domingo - have fondly pe...rformed over the years?
The story is about love, naturally, and the thrilling relationship between a European woman and a Chinese man - the countess Lisa Lichtenfels and the Chinese ambassador Prince Sou-Chong - is an exciting thread that, sadly, proves unviable: the generous Asian aristocrat eventually himself helps Lisa, with whom he is hopelessly smitten, flee from him with the man she has chosen: Gustav von Pottenstein-Hatfaludy.
The unique feature of Müpa Budapest's production is the international cast: Prince Sou-Chong is being sung by Vincent Schirrmacher, with Lisa portrayed by Armenian soprano Karine Babajanyan, who is already well known to the Müpa Budapest audience. The production's conductor, Xu Zhong, is also from China, while the director is Hungary's Csaba Káel.

The première takes place as a collaboration between Müpa Budapest and the Shanghai Opera House. 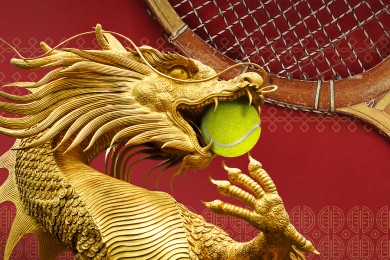 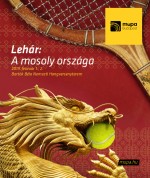 Lehár: The Land of Smiles Details