Astonishing chapters of opera history: Viennese Classicism, bel canto, the grand large-scale mature style of the 19th century, and the music of turn-of-the-century Italy, along with a world-famous French baritone joined by a versatile soprano countrywoman of his and a celebrated Mexican tenor. It is an i...rresistably appealing offering that an immensely experienced conductor, steeped in knowledge about the genre of opera, will make complete as its pilot. This concert promises to be the kind of night that opera fans cannot miss.
Ludovic Tézier trained at the École d'Art lyrique run by the Opéra National de Paris and the Centre National d'Artistes Lyrique. His 1998 victory at the international Operalia competition founded by Plácido Domingo gave his career a major boost. His portrayals of Don Giovanni, Count Almaviva (in Le nozze di Figaro) and Malatesta (Don Pasquale) are memorable ones, and he is a regular guest in the world's great opera houses in the loveliest baritone roles of Verdi, Wagner, Massenet and Puccini. Cassandre Berthon is a versatile soprano with a repertoire that ranges from Baroque oratorios to opera, encompassing everything from Haydn, Mozart and Rossini to Verdi, Fauré and Ravel. As one of the most popular tenors of the 21st century, Ramón Vargas has enjoyed particular success with the bel canto repertoire and is a welcome guest at all of the world's major opera house, from the Met in New York to the Wiener Staatsoper. The oboist-cum-conductor Pier Giorgio Morandi studied under Leonard Bernstein and Seiji Ozawa and specialises in the Italian repertoire. He has conducted in many opera houses around the world and has taken the helm of a diverse assortment of orchestras ranging from the Orchestra dell'Accademia Nazionale di Santa Cecilia to the Tokyo Philharmonic.

We regret to inform our dear audience members that the Ludovic Tézier and guests sing arias and the online broadcast of the event, have been cancelled. 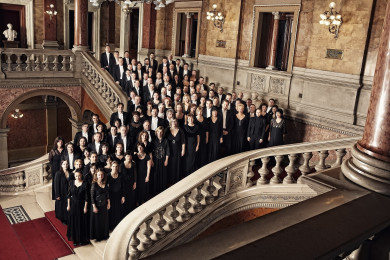 The performance has been cancelled.
We regret to inform our dear audience members that the Ludovic Tézier and guests sing arias and the online broadcast of the event, have been cancelled.