In Leipzig in 1829, the 20-year-old Mendelssohn awoke Bach's St Matthew Passion from its 100-year slumber with a historic performance, initiating both the Bach renaissance and the early music movement. It is therefore fitting that we listen to his great oratorios in a historical interpretation.

György Vashegyi often said that he admired Mendelssohn's music, and it has long been apparent through his leadership of two ensembles, the Orfeo Orchestra and the Purcell Choir, that he has done much to popularise the composer's works in Hungary. The latter ensemble is not generally required for symphonies, overtures and concert pieces, but for vocal compositions, including church music such as motets and oratorios.
The conductor places great emphasis on the two monumental Mendelssohn ora...torios, Paulus and Elias, each of which follow historical principles. He returns over and over to these masterpieces, interpreting Mendelssohn's confessional opuses as increasingly mature conceptions. Of the two great works, Elias is the latter and more popular: the piece, which was long in the making, was premièred in 1846 at the Birmingham Festival. The event assisted in the creation of the piece by financing its completion.
The work, which presents the parable the figure of the Old Testament prophet and his struggle and conflict-ridden fate, is a prime example of the inspirational effect of the great Baroque oratorio. Its music, on the other hand, worthily represents the first great wave of the Romantic period, and the work comprises many novel features, such as the baritone recitative that precedes the overture. A worthy performance of the composition is guaranteed by György Vashegyi and his ensembles in the company of leading Hungarian and international singers. 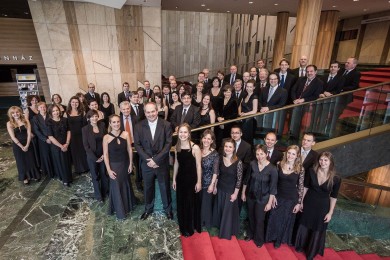 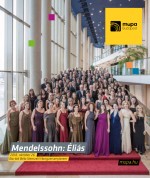