There are certain biblical stories that, thanks to the moral or psychological situations they depict, have struck particularly deep roots in Western culture over the past centuries. In modern everyday English speech, people often use the expression 'road to Damascus' - often without even realising that they are referring to the apostle Paul.

'Saul, Saul, why do you persecute me?' - Acts of the Apostles tells us that Saul heard Jesus speak these destiny-altering words after he was suddenly struck by a blinding light as he was walking northward from Jerusalem on the aforementioned thoroughfare. The rest is familiar: Saul then became Paul. For Mendelssohn, who was born Jewish, but was baptised as a Lutheran at the age of seven, the story of the apostle Paul was more than just a subject for a biblically themed oratorio: it was a d...eeply personal narrative to which he felt a particular connection. For him, the oratorio was not just about faith, but the question of identity. In addition to the Jewish-Christian duality, Paulus - which was premièred in Düsseldorf in 1836 - also has another exciting aspect: it is the first Romantic oratorio, which is nevertheless strongly connected to the Baroque traditions of the genre developed by Handel and Bach. This, too, is a duality. Although this is one of aesthetics and style rather than faith, it poses questions that are just as riveting as the first one.
Long devoted to the treasures of Mendelssohn's oeuvre, György Vashegyi enjoys an intimate relationship with this oratorio: at the helm of his ensembles, the Purcell Choir and, functioning in symbiosis with it, the Orfeo Orchestra, he has conducted the composition several times over the past decades. 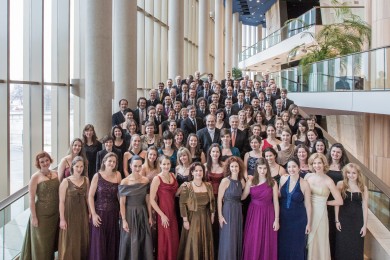 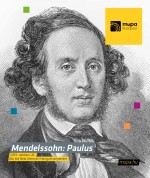