Müpa Budapest was built to be a concert hall, and its management takes great care to ensure that it does not become a 'church of art' - that it remains a comfortable, friendly place where as many people as possible say: I love to be here. However, for a single night, the hall will transform into a church so that we may better experience Bach's cantatas.

Church cantatas are a ceremonial genre, and the way they formed and developed is closely linked to Lutheran religious practices. Time has done much to change these pieces: Bach's church cantatas became a common fixture in concert halls as modern concerts took shape. But in order to understand the pieces themselves and the purpose they served, we must be aware of their original function. The church cantata sought to use art to improve the spiritual lives of believers: the music was thought ...to elevate and deepen self-awareness, inspiring hope and repentance through its soul-stirring beauty and truth.
This purpose should be kept in mind when listening to the outstanding German baritone, Michael Volle, and his accomplished partner, the Akademie für Alte Musik Berlin, in their carefully crafted programme exclusively comprised of Bach cantatas (and one motet). Marvelling at the singer's voice alone, however, is enough in itself. Volle is an exceptionally versatile artist and opera singer whose repertoire spans from Don Giovanni to Golaud and from Wotan to Wozzeck, and who has appeared throughout his career with such composers as Wolfgang Sawallisch, Seiji Ozawa, Helmuth Rilling and Philippe Herreweghe. He now partners with one of the most significant ensembles in international Early Music, the Berlin-based 'Akamus'. In its 36-year existence, the orchestra has performed everything from the world of Early Music and shared the stage with the greatest soloists and conductors from Cecilia Bartoli to René Jacobs.

The concert will be preceded, at 6.30 pm, by an introductory presentation by János Mácsai and Michael Volle entitled Prelude, which will be open to anyone holding a ticket for the performance. 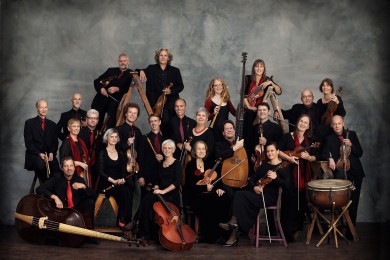 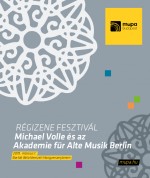