The programme for this concert comprises works by 20th-century composers. Four of them are oft-heard names. One of them, however, The Russian-born American Serge Koussevitzky, is best known to us as a conductor who championed new music, as he was the one who commissioned Bartók's Concerto for Orchestra. The works on the programme by Bartók and Richard Strauss are well known. The masterpiece by Webern, on the other hand, falls under the 'atypical' category. Serving as soloists will be a young competition-winning Hungarian pianist and a similarly youthful Viennese virtuoso of the double bass: this evening promises to be full of discoveries!

It is always thrilling to hear early works by great composers. Anton Webern's piece Im Sommerwind, which dates 'from the period before Opus 1', is a richly colourful Romantic symphonic poem that the 21-year-old artist composed to verse by the German poet Bruno Wille. And how many people know that Koussevitzky started his career not as a conductor, but as a double bassist? This is how he came to write the double bass concerto in F-sharp minor, one of the few concert works written for the in...strument. The piece dates from the same period as Webern's: Koussevitzky was 28 years old and still living in Russian when he wrote it in 1902. Dominik Wagner, the 23-year-old Austrian soloist for this work, is also young, but has won awards at numerous international competitions. Almost the same age at 24 is the soloist for the Bartók piano concerto, Hungarian Ádám Szokolay, who won the Bartók World Competition in 2019. Young instrumentalists playing music written by composers at the dawn of their careers - a night full of the spirit of youth. 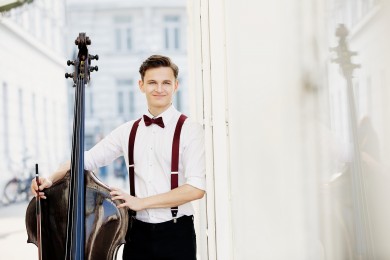 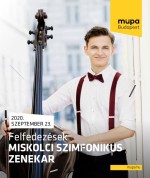