The figure of Jephthah is familiar from the Old Testament's Book of Judges. When discussing musical treatments of the story, music listeners would previously always think of the oratorios by Carissimi or Handel. This concert offers the opportunity to encounter another musical setting that came eight decades after Carissimi's Jephte and two decades before Handel's Jephta.

The collaboration between György Vashegyi and the Centre de Musique Baroque de Versailles has already marked itself as an effort to discover neglected musical treasures. Jephté,, the 1743 tragédie en musique by Michel Pignolet de Montéclair (1667-1737), consisting of a prologue and five acts and entered music history as the first biblically themed French opera, is one such gem unknown in Hungary. As Montéclair, a superb composer and teacher and one of the innovators of Baroque forms and or...chestration, is not performed in Hungary, it is worth getting to know Jephté, which boasts the interesting feature that Simon-Joseph Pellegrin's libretto (like Thomas Morell's in the case of Handel) replaces the tragic biblical ending with a happy conclusion: in Montéclair's opera, Jephté, who has led Israel to victory against the Ammonites, is not required to sacrifice his sole daughter, in spite of his vow. Before the battle, Jephté had prayed to God for help, offering, in exchange for aiding his way to victory, to sacrifice the first being he saw exiting his house after the triumph. This turned out to be none other than his only daughter, Iphise - who, according to the libretto, is secretly in love with the enemy Ammon (an invention of the librettist that is not mentioned in the Bible). The soloists appearing together with the Orfeo Orchestra and the Purcell Choir are world-class vocalists. 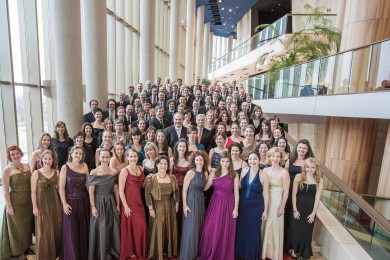 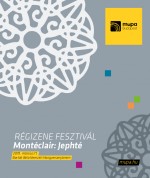