An artist who enjoys a special relationship with Müpa Budapest: we had the chance to hear Oliver Latry at the inauguration of the Béla Bartók National Concert Hall's now world-famous organ, and he was also an artist to experience when he participated in the events organised around the tenth anniversary o...f the institution's existence. The French organist lives a busy life, performing around 300 concerts a year. At his January concert, he will be treating the Budapest audience to a special programme.
Olivier Latry is one of the most famous and most successful organists of our times. He is a teacher at the Conservatoire de Paris, an outstanding instrumentalist, a superb improviser and a highly successful composer. Latry is an incredibly versatile performer: his shows contain music from the Baroque and Romantic repertoire, but he has also drawn attention with his recording of Olivier Messiaen's entire organ works. In addition to the music of that great 20th century master, he is also interested in the works of contemporary composers. Alongside his church - he is the organist at Notre-Dame in Paris, which was of course seriously damaged in the tragic fire - and teaching work, he has also given concert performances in more than 40 countries around the world.
This programme being performed on Müpa Budapest's organ pays tribute to two outstanding figures in the literature written for the instrument: Bach and Liszt. However, one of the two works by Bach, as well as the piece by Liszt (which is a homage to Bach), will be played in the form of transcriptions by the French organist/composers Charles-Marie Widor and Jean Guillou, respectively, in anticipation of the other aim of the programme: to provide a taste of French organ music, which will be represented this evening in the form of one composition each by Augustin Barié, who died young, Louis Vierne and Marcel Dupré. The finale will consist of Latry's stock-in-trade: improvisation. 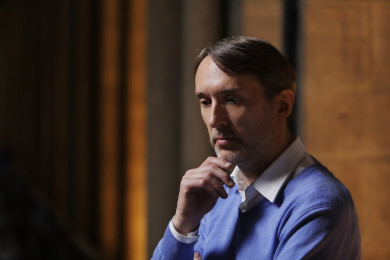 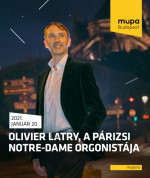